Mark Berman: Hakeem Olajuwon on the NBA naming the Defensive Player of the Year Award after him. It’s now called the Hakeem Olajuwon Trophy: “That’s the crown. That sealed my career. It can’t be anything higher than that.” And Hakeem is in the Naismith Memorial Basketball Hall of Fame.
4 weeks ago – via Twitter MarkBermanFox26 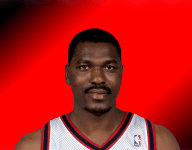 Hakeem Olajuwon on DPOY award being named after him: That sealed my career 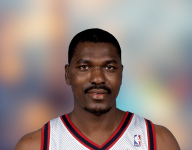 share
tweet
send
sms
email
Now, Hayes’ jersey will hang in the rafters forever, joining former Rockets players Clyde Drexler, Moses Malone, Calvin Murphy, Hakeem Olajuwon, Rudy Tomjanovich and Yao Ming. “Receiving this tonight is probably one of the greatest honors,” Hayes said. “I have received many honors in the game of basketball. But this one is really super great because of the fact that it is in Houston where everything began for me at the University of Houston, and then going to San Diego and then becoming a part of the Houston Rockets again. It is just really a great honor and a great opportunity for me to be able to have this night now.”
2 months ago – via Danielle Lerner @ Houston Chronicle