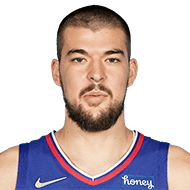 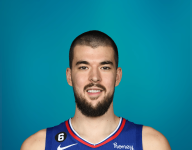 Kyle Kuzma on Ivica Zubac: 'One the most underrated bigs in the league'

Kyle Kuzma: Zu one the most underrated bigs in the league and I’m happy you had a game like that for everyone to see wow!!!!! @Ivica Zubac 💐
10 hours ago – via Twitter kylekuzma

Law Murray: Zubac has said repeatedly tonight that he was mad at himself for fouling out before the 30th rebound. He really, really wanted it But he was happiest with the win overall.
19 hours ago – via Twitter LawMurrayTheNU

share
tweet
send
sms
email
Since 1973-74 (when blocked shots were first tracked), Ivica Zubac is just the third player in NBA history to have at least 31 points, 29 rebounds, and three blocked shots in a single game. Kareem Abdul-Jabbar was the last to accomplish the feat on 2/3/78 in New Jersey.
21 hours ago – via EuroHoops.net