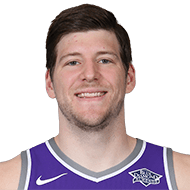 Watching NBA players complaining about being away from their family for a couple months and the quality of their 5 star hotel rooms has me like… pic.twitter.com/n5jXtTtIGD

Jack Cooley believes Jimmer Fredette belongs in the NBA. “There’s no way there’s 300 people better than him in basketball. No way,” Cooley said. “I absolutely think he should be in the NBA. … I don’t think there’s a team that has 15 guys better than him. I don’t see it.”
4 years ago – via Deseret News

Storyline: Jimmer Fredette Returning to NBA?
share
tweet
send
sms
email
These are the real boys of summer, the grinders using the 12-day audition in the desert to impress NBA executives enough to earn the honor of an invitation to training camp. Take Cooley, 27, the unofficial dean of NBA Summer League stars. This is Cooley’s sixth stint in Vegas. He’s a member of the Phoenix Suns now, a teammate of Ayton’s. Before that he was a Sacramento King, setting screens for De’Aaron Fox, and before that a Cleveland Cavalier, throwing outlet passes to Andrew Wiggins. For Cooley, this was never a dream. In 2009, he chose Notre Dame, not for a springboard to the NBA, but because it had a top business school. “I used basketball to get the best education,” Cooley said.
4 years ago – via Yahoo! Sports

Storyline: Jack Cooley Free Agency
share
tweet
send
sms
email
But when he graduated, NBA teams called. Some 18 brought him in for pre-draft workouts. When he went undrafted, he started getting invitations to Summer League. “I remember my first year I was struggling to remember all the plays,” Cooley said. “Now my sixth year, this is the most complicated offense I’ve had, but it’s second nature, basic easy stuff. It’s a lot easier to understand.”
4 years ago – via Yahoo! Sports

share
tweet
send
sms
email
As Summer League winds down, most of the boys of summer will disperse. Some will sign on with G League teams, to maximize exposure. Others will ink European contracts, where the money is better. They will ride buses to small towns in the U.S. or live in isolation in far-flung cities around the world. They will do it, and they will hope for an invitation back to Las Vegas next summer, for the opportunity to impress once again. “There’s only about 1% of me that thinks about not playing,” Cooley said. “This life is pretty intense. But I love it, I’m glad it’s not easy. Not playing would be a terrible itch that I wouldn’t be able to scratch. I know once the time comes, I will definitely be a part of the game, because I’ll go crazy if I go cold-turkey out of basketball. But right now, I’m a player. The body of work I have put together has caused a pretty good stir here. I believe I’m an NBA player. I believe I can play in the league for a long time.”
4 years ago – via Yahoo! Sports

Storyline: Jack Cooley Free Agency
share
tweet
send
sms
email
As Cooley mentions, each team is housed within luxurious hotels and every player is granted his own room, typically priced at $115 per weeknight and $210 on weekend evenings. It’s standard practice to provide two team meals per day, breakfast and lunch can bookend morning practices and shootarounds.
4 years ago – via Sports Illustrated

After the final buzzer, Cooley high-fives his Phoenix teammates and Carter. He applauds the fans and they cheer him again. This now counts as his favorite Summer League memory, right there with the second game he ever played in Las Vegas, in which he scored 20 points and hit two 3s for the Memphis Grizzlies in 2013. He has been back every July since. “Vegas doesn’t have an NBA team, but I’ve been playing here for six years so I’m basically the resident Vegas NBA player,” Cooley says.
4 years ago – via CBSSports.com