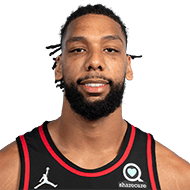 “Mexico life has been great,” said Capitanes center Jahlil Okafor, a former NBA center from Chicago. “I’m here with my fiancée. We go to a lot of restaurants and I’m working on my craft trying to get better. I feel extremely safe. I haven’t had any worries. I’m in Polanco, which is one of the best neighborhoods. So, I definitely feel safe.”
3 months ago – via Marc J. Spears @ Andscape

Marc Stein: Mexico City will be a full home-and-away participant in the @nbagleague this season and has obtained the rights to former No. 3 overall pick Jahlil Okafor and veteran NBA forward Gary Clark, league sources say. More NBA from me: marcstein.Substack.com
5 months ago – via Twitter TheSteinLine

Jahlil Okafor is expected to play in Chinese CBA this season with Guangsha, sources tell Sportando. The 3rd pick of 2015 NBA draft has played 27 games for the Pistons last season (5.4ppg&2.4rpg). Okafor has appeared in 247 games averaging 10.4 points and 4.7 rebounds.
1 year ago – via Sportando 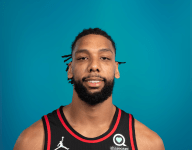 The Atlanta Hawks today announced the team has signed Johnny Hamilton, A.J. Lawson, Timothe Luwawu-Cabarrot and Jahlil Okafor. Per team policy, terms of the agreements were not disclosed. Hamilton, a 7’0 center, played in 13 games last season with Fenerbahce in Turkey before being loaned to Mornar Bar (Montenegro) for the remainder of the season. He finished his college career at UT-Arlington in 2017-18 after two seasons at Jacksonville College and two at Virginia Tech. As a graduate student at UTA, Hamilton averaged 11.1 points and 8.1 rebounds in 23.4 minutes (.629 FG%, .664 FT%) in 34 contests (31 starts). Hamilton has also spent time with the Grand Rapids Drive of the NBA G League and Darussafaka in Turkey.
1 year ago – via NBA.com