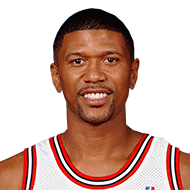 share
tweet
send
sms
email
With interviews from legends like Erving, Jordan, Durant, Artis Gilmore, Clyde Drexler, Isiah Thomas, Jalen Rose, Jerry West and Magic Johnson, the documentary will offer a fresh perspective on an often-overlooked career and reveal rare vintage footage of the old ABA and an era before the NBA became the powerful global brand it is today.
2 weeks ago – via Justin Kroll @ Deadline

share
tweet
send
sms
email
“With the additions of Wilbon, Stephen A., Jalen Rose and appearances from Magic Johnson, what you have is big brand names (and) instant credibility — folks who enjoy talking about basketball and connect with the sport in a way that will resonate with not just the hardcore fans but the casual fans as well.” Countdown’s problem has been its inability to develop an identity especially when juxtaposed against TNT’s Inside the NBA and that show’s brand of irreverence and humor.
2 months ago – via Jeff Zillgitt @ USA Today Sports

Rose, a member of the University of Michigan’s famed ‘Fab Five’ college basketball team, made approximately $2.2 million in salary during his first two seasons with the Nuggets. Today, he tells CNBC Make It, he doesn’t have a penny of it left. “Your first contract, you spend it all,” Rose, now 48, says. “Almost everyone spends it all.” Rose says he did what most rookies do: He bought “dumb things.” One of his dumbest purchases, he says, was a $15,000 luxury phone for “high-net-worth individuals” called Vertu.
2 months ago – via Jade Scipioni @ CNBC

share
tweet
send
sms
email
ESPN has settled on a new host for “NBA Countdown” after all the drama that unfolded in recent months, and the job has reportedly been given to one of their most recognizable faces. According to Andrew Marchand of the New York Post, ESPN has named Mike Greenberg the new host of “NBA Countdown.” Greenberg will be joined by Stephen A. Smith, Michael Wilbon, Jalen Rose and Magic Johnson for marquee games.
2 months ago – via Larry Brown Sports

ESPN: What do you think it would take to heal your rift with Jalen Rose and bring the Fab Five back together? Chris Webber: We already back. We already texting and hanging. We want the world to know we’re already back. I have three brothers and one sister for real. And in that family, you can be upset at someone and love them just as much as you ever did, but it has to be a conversation. And that’s just the way it is. That’s just the way it is. And I want to give this good news to the world. I want to. … But I’m going to see Michigan practice. Me and Juwan [have been] on the phone. … But there has been that rift because Jalen has decided to talk and I’ve said we should handle everything behind the scenes. It was just, it’s an honor system. It’s a code. And he knows what that is because that’s what we built the Fab Five on and he did not adhere to that code multiple times. His family told him multiple times and that is what happened. And I still love him. That’s my boy. … All it takes is a 30-second conversation.
3 months ago – via Myron Medcalf @ ESPN