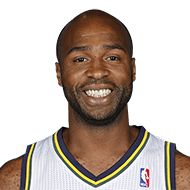 A Pacers team that was expected to contend for the Eastern Conference title was without all of its best players, from Ron Artest to Jermaine O’Neal to Stephen Jackson. They had been suspended. Veteran Reggie Miller was out with a broken hand, but he offered to play. Carlisle would not let him. Scot Pollard and Jamaal Tinsley both suited up for the game, but because of injury they were out. While postponing a game this season is common, the idea of postponing an NBA game because a team had only six available players was as much of an unknown then as was COVID-19.
7 months ago – via Fort Worth Star-Telegram

Jamaal Tinsley: Somebody is trying to out workout you today. Somebody is coming for you spot. Are you going to let that happen? pic.twitter.com/ppAQbIykLU
5 years ago – via Twitter jatinsley