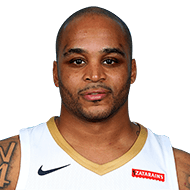 Storyline: Sixers Front Office
share
tweet
send
sms
email
Rondo signed with New Orleans in 2017-18, his fifth team in four seasons. Veteran Jameer Nelson, who spent the first half of that year on the Pelicans, marveled at Rondo’s preparation, growing accustomed to receiving texts at 2 or 3 a.m. with stream-of-consciousness basketball ideas. “Rondo will challenge everyone — coaches, teammates, the front office,” Nelson says. “But never once was it, ‘We need to do X, Y and Z to make me look better.’ It was about getting the best out of the team.”
10 months ago – via Jackie MacMullan @ ESPN

The NBA, Doc Rivers, Jameer Nelson and the Players Association have actively been trying to get Delonte West help … this after a new photo surfaced showing the former star hooper in rough shape. The viral photo — reportedly taken recently in Dallas — appears to show the 37-year-old former guard begging for money on the street. The question has been … why haven’t former players and coaches stepped in and helped West?
11 months ago – via TMZ Staff @ TMZ.com

Storyline: Delonte West Issues
share
tweet
send
sms
email
As it turns out, TMZ Sports has learned, they’ve been trying for months. Multiple sources tell us that the league, NBPA, and Delonte’s former coach, Doc Rivers, and former St. Joe’s college teammate, Jameer Nelson, and others have attempted to get DW much needed assistance.
11 months ago – via TMZ Staff @ TMZ.com

He’s motivated, too. It has been 11 years, if you can believe it, since the Howard-led Magic advanced to the NBA Finals, getting drubbed by the Lakers in five games. Back then, a 23-year old Howard believed that trip would be the first of many. As L.A. celebrated, Howard and Jameer Nelson remained on the Magic bench, soaking it in, fueling up for another title run that never came. It’s an experience Howard says he thinks about every day. “It never leaves my mind,” Howard said. “I had a chance to get there once. I always promised myself, if I had a chance to get back there, I would give my teammates everything that I’ve got.” And he has. Howard has found a role that suits him, and a locker room with the right leaders to handle any chemistry issues that come up. “What I have enjoyed the most is to watch his reputation be rehabilitated a bit,” Van Gundy said. “He’s a good guy. He did a fantastic job in Orlando. It’s been rough for him since then. To see him bounce back, to be an unselfish team guy trying to win games is great to see.”
11 months ago – via Sports Illustrated

Jameer Nelson: This is so true man. I got pulled over years ago for no reason. Asking why I got pulled over. Cops said “ we like to stop crime in Windermere before it happens “. What does that even mean?
11 months ago – via Twitter jameernelson