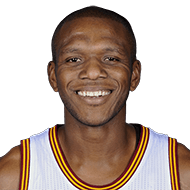 Position: -
Born: 10/04/80
Height: 6-8 / 2.03
Weight:225 lbs. / 102.1 kg.
Earnings: $25,835,822 ($30,861,570*)
0 share
share
tweet
pin
sms
send
email
NBA spokesperson Mike Bass said the league has not “received a complaint of misconduct at the Suns organization through any of our processes, including our confidential workplace misconduct hotline or other correspondence.” NBPA executive director Michele Roberts said she was not aware of any reports from players of misconduct by Sarver or the Suns. “Apart from [point guard Chris Paul] and James Jones, we have not had much official contact with the team and none that I can think of with Sarver.”
3 weeks ago – via Baxter Holmes @ ESPN

Suns general manager James Jones and CEO Jason Rowley both backed Sarver. Jones said the rumors didn’t describe what he knows about Sarver and Rowley said Sarver was not a racist or sexist. “I will also say that reporter in this instance has shown a reckless disregard for the truth. He has harassed employees, former employees, and family members; used truths, half-truths and rumors to manufacture a story in which he’s heavily invested and then perpetuate a completely false narrative within the sports industry to back it up. His tactics throughout this process have been without any basis in journalism ethics or even morality,” Rowley added.
1 month ago – via Ryan Gaydos @ FOXnews.com

This rumor is part of a storyline: 65 more rumors
share
tweet
send
sms
email
But Ayton’s agents, Bill Duffy and Nima Namakian, strongly disagree and were adamant in multiple conversations with The Athletic on Tuesday that a max deal of any kind was never offered even informally. From beginning to end, they said, the organization’s unmistakable message from Sarver on down was that Ayton wasn’t viewed as worthy of a max deal. In response, Jones said, “They know that a three- or four-year max was not an (acceptable) option for them.”
1 month ago – via Sam Amick @ The Athletic

share
tweet
send
sms
email
James, you’re the guy who’s making these calls and taking a fair amount of heat right now, so tell me: What led to the decision to not max out Deandre and let this go to restricted free agency next summer? What are people missing here about what you guys decided to do? James Jones: I mean, obviously, we’re disappointed that we couldn’t reach an extension agreement this offseason. Deandre is important for us. He means a lot to us and was vital in what we did and what we’ve done this past season. A lot of what we’ve done since the playoffs — bringing back CP (Chris Paul on a four-year, $120 million deal that includes $75 million in guaranteed money), Mikal (Bridges on a four-year, $90 million deal), Cam Payne (on a three-year, $19 million deal), Landry (Shamet on a four-year, $43 million deal that sources say includes $20 million in guaranteed money in the first two seasons, a non-guaranteed third season and a team option in the fourth season), JaVale (McGee on a one-year, $5 million deal), adding those guys — was intended to make this group even stronger. All of those moves were to help (Ayton) grow, help the team grow, because we want a championship.
1 month ago – via Sam Amick @ The Athletic

Storyline: Deandre Ayton Extension?
share
tweet
send
sms
email
James Jones: We know it’s important to us; it’s important to him that we continue to progress and we continue to develop and we win (a title). So when we talked about a focus this offseason, it was to continue to build this team. So for us, unfortunately, we are where we are (with Ayton). No agreement. We didn’t have real negotiations. You talk about conversations (with Ayton’s representatives, Bill Duffy and Nima ) — it was five-year, max extension like the other peers, the other former No. 1 picks, and that’s where the conversation started and ended. Anything less than a five-year max wasn’t something to be considered — not something to talk about. It’s evident. They talk about us having discussions on a three-year, four-year max (deals). Those are real.
1 month ago – via Sam Amick @ The Athletic

Kellan Olson: Suns owner Robert Sarver on @BurnsAndGambo passed on questions about negotiations with Deandre Ayton before saying he believes James Jones is still having conversations with Ayton’s agent and Sarver confirmed they want to get something done that works for both sides.
2 months ago – via Twitter KellanOlson

Storyline: Deandre Ayton Extension?
share
tweet
send
sms
email
Kellan Olson: Mercury head coach Sandy Brondello said Suns GM James Jones asked her at the start of the year with the facility if there was anything she needed. She was blown away by that and had never had that happen before with the additional resources now in place.
2 months ago – via Twitter KellanOlson