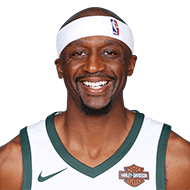 share
tweet
send
sms
email
Corey Brewer: “So for us, it was like ‘alright, they’re disrespecting us. And you gotta realize, we had a lot of great players on that team. We had Shawn Marion, Dirk Nowitzki, Jason Kidd, Jason Terry, DeShawn Stevenson, Brandon Haywood. We had Tyson Chandler, the big anchor back there. We had a good team, so we felt disrespected and I think that’s what we took into the Finals. If you’re going to disrespect us, we’re going to show you that we’re not to be disrespected.”
2 months ago – via CBSSports.com

Jason Terry, a former NBA player who retired in 2018, joined Master Tesfatsion on an episode of “Untold Stories.” Terry reflected on his time in the league, but the more entertaining portion being the time he was dunked on by LeBron James. Listening to The Jet’s side of the story comes with some comic relief. Especially when Jason Terry mentions how it’s the top question he’s asked by the public in regards to his career. “Every camp, every clinic around America I go and talk to kids, they don’t ask, like, ‘how did it feel to play 19 years,” Jason Terry said. “How did it feel to play with Dirk (Nowitzki), or win a championship?’ (instead, they ask) how did it feel for LeBron to dunk on you like that?”
4 months ago – via Clutch Points

“I just think he’s misunderstood,” said Terry, who is now an assistant coach at the University of Arizona. “I know those same guys who have won those championships, and they enjoyed themselves as well in the same fashion as James.”
5 months ago – via Zach Braziller @ New York Post

share
tweet
send
sms
email
Nowitzki: I think the whole thing was kind of surreal, to get to this point and to try to understand what we had just accomplished for ourselves. And for this organization that’s never won a championship. There’s a great photo with me and Tyson [Chandler], we both have our hands on heads — sort of in disbelief and sort of relieved, I think, is the word. And there’s a picture of me hugging Jet [Jason Terry], which is really emotional because of what me and Jet had been through over his time here in Dallas.
8 months ago – via Brad Townsend @ Dallas Morning News

Terry, who retired from the NBA in 2018, recently said in a radio interview with CBS Sports’ Zach Gelb that he received a mysteriously urgent, late-night text message from Cuban, the Mavericks’ billionaire owner, in the days after that 2006 NBA Finals loss. “I got a random text in the middle of the night,” Terry says in the interview. “My wife’s looking at my phone, like, ‘Excuse me, it’s 2 a.m., who’s texting?’ And it said, ‘Meet at the jet.’ And I said, ‘It’s Mark [Cuban].’ Terry’s wife told him he’d better hurry up and meet with Cuban, because the situation “must be urgent” for him to reach out in the middle of the night. When Terry met Cuban at the billionaire’s private jet, he saw that future Hall-of-Famer Nowitzki was already on the plane with some of his friends.
11 months ago – via Tom Huddleston, Tom Huddleston Jr. @ CNBC