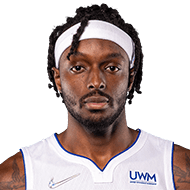 In the meantime, the latest entry into the rumor mill was a report this week from the Inquirer regarding “ongoing discussions” with the Detroit Pistons, where the Sixers were said to be interested in former Philly draftee Jerami Grant. Grant, in the second year of a three-year, $60 million contract, is averaging 18.1 points per game on 40.1/30.8/80.8 shooting splits, with his numbers down across the board following a productive first year in Detroit. According to sources, those discussions were not just old and presently inactive, they were of little interest to the Sixers. The team’s list of players they’d be interested in acquiring for Simmons, recently referred to by Sam Amick in a report for The Athletic, does not include Grant, a source familiar with the situation tells PhillyVoice.
2 weeks ago – via Philly Voice 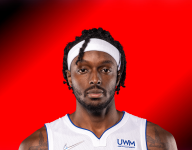 In the Detroit example, sources say there’s not much of a discussion to be had unless the Pistons unexpectedly decided to throw Cade Cunningham, this year’s No. 1 overall pick, into the mix. Even then, the timeline Cunningham is on relative to Joel Embiid would make that a tough proposition for Philly to say yes to.
2 weeks ago – via Philly Voice

How do you feel about the 76ers bringing Jerami Grant back to Philly? Better yet, what about the Sixers making another attempt to acquire James Harden in exchange for Ben Simmons? Those are two options under consideration by Sixers brass, according to multiple sources.
3 weeks ago – via Keith Pompey @ The Philadelphia Inquirer

This rumor is part of a storyline: 534 more rumors
share
tweet
send
sms
email
The team has engaged in ongoing discussions with the Detroit Pistons to acquire Grant, another forward, a young player, and a draft pick in exchange for Simmons, league sources said. One source said power forward/center Kelly Olynyk and second-year swingman Saddiq Bey were mentioned as players who could be included in a possible deal. However, a source said the Pistons are unlikely to include Bey, a Villanova product, or Olynyk.
3 weeks ago – via Keith Pompey @ The Philadelphia Inquirer