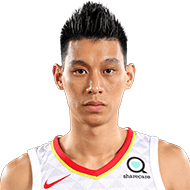 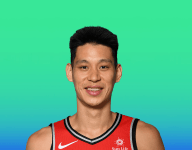 Former NBA star Jeremy Lin announced Wednesday that he has been married for two years. In a social media post wishing his followers and fans a happy Lunar New Year, Lin shared the news, adding the intimate wedding was the “highlight” of his life.
2 weeks ago – via Emma Sánchez @ NBC

share
tweet
send
sms
email
After keeping information private about his marriage to an unnamed partner of many years, the former NBA player explained his decision to make his marital status public, writing “it has also been hard for people to not know about such a major change. Finally sharing this beautiful day from over a couple years ago. I’m grateful to have found someone who loves me for who I am, to embrace my unique life, and to just do life with,” Lin wrote in a Facebook post.
2 weeks ago – via Emma Sánchez @ NBC

share
tweet
send
sms
email
Former NBA star Jeremy Lin, who plays for a Chinese team, was fined 10,000 yuan ($1,400) for “inappropriate remarks” on social media about quarantine facilities ahead of a game, China’s professional league announced Friday, as the government tries to stop protests against anti-virus controls that are among the world’s most stringent. Also Friday, more cities eased restrictions, allowing shopping malls, supermarkets and other businesses to reopen following protests last weekend in Shanghai and other areas in which some crowds called for President Xi Jinping to resign. Urumqi in the northwest, site of a deadly fire that triggered the protests, announced supermarkets and other businesses were reopening.
2 months ago – via Joe Mcdonald, Associated Press @ WSLS 10