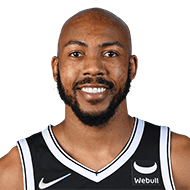 Jim Owczarski: Jrue Holiday is indeed good to go for the #Bucks, as he’ll start alongside Jevon Carter and Grayson Allen with Giannis Antetokounmpo and Brook Lopez.
2 days ago – via Twitter JimOwczarski

share
tweet
send
sms
email
Bobby Marks: Milwaukee used non-bird rights (120% off his prior year salary) to sign Jevon Carter to a contract that starts at $2.1M- slightly above the minimum. Brooklyn will receive a set-off against the $3.9M that is owed to Carter for this season. Total savings (tax/salary) could be $1M
5 months ago – via Twitter BobbyMarks42

Michael Scotto: The Milwaukee Bucks and guard Jevon Carter have agreed to a two-year, $4.6 million deal, which contains a player option for the second year, agents Mark Bartelstein and Reggie Brown of @PrioritySports told @hoopshype.
5 months ago – via Twitter MikeAScotto

share
tweet
send
sms
email
Jim Owczarski: Jevon Carter is also returning to Milwaukee on a 2-year deal (confirming). #Bucks liked what he did as a late-season addition from Brooklyn.
5 months ago – via Twitter JimOwczarski

The Lakers have a strong interest in retaining Monk, but it will depend on both his market and the quality of 3-and-D wings available to Los Angeles, according to league sources. Players the Lakers will target with their full taxpayer midlevel exception include Otto Porter Jr., Nicolas Batum, Gary Harris, T.J. Warren, Caleb Martin, Cody Martin, Mo Bamba and Danuel House Jr., according to multiple league sources. Players the Lakers will be interested in for the partial midlevel exception or minimum contracts include Nemanja Bjelica, Jeremy Lamb, Jevon Carter and Juan Toscano-Anderson, according to league sources.
5 months ago – via Jovan Buha @ The Athletic