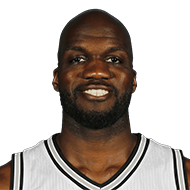 Position: -
Born: 08/09/82
Height: 6-9 / 2.06
Weight:244 lbs. / 111.1 kg.
Earnings: $23,377,987 ($27,714,862*)
0 share
share
tweet
pin
sms
send
email
The Montreal Alliance announced Wednesday that Joel Anthony, a 10-year NBA veteran and two-time NBA champion from Montreal, has been named the CEBL expansion team’s first General Manager. Anthony, who attended Selwyn House School, Emmanuel Christian School, and Dawson College in Montreal before graduating from the University of Nevada, Las Vegas, began his NBA career with Miami in the 2007-08 season. During seven seasons with the Heat, in which he played alongside NBA greats such as LeBron James, Chris Bosh, Shaquille O’Neal, Ray Allen, and Dwayne Wade, Anthony was part of championship teams in 2011-12 and 2012-13. He played with the Boston Celtics in 2013-14, Detroit Pistons in 2014-15 and 2015-16, and finished his NBA career with the San Antonio Spurs in 2016-17. All total, Anthony played in 490 regular season and 66 playoff games during his 10 NBA seasons.
7 months ago – via Canadian Elite Basketball League

share
tweet
send
sms
email
Doug Smith: The great Joel Anthony re-ups in a front office role with the CEBL’s Hamilton Honey Badgers. They should have signed him as a player because I know Joel and I bet he’d still get ’em about 17 boards a night
1 year ago – via Twitter SmithRaps

share
tweet
send
sms
email
Once Birch took the game of basketball more seriously, he got a contract with the Orlando Magic in 2017. Now, he’s using his newfound opportunity to give back to his local community and take after another fellow Montreal and NBA player who has held basketball camps in his home city, former Miami Heat star Joel Anthony. “Very big inspiration,” Birch said. “He’s my idol and I still look up to him.”
3 years ago – via Montreal Gazette 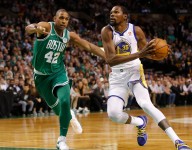 Ira Winderman: No Kelly Olynyk tonight for Canada in World Cup qualifier in Chile, due to 15-hour travel. Former Heat center Joel Anthony (who is now playing professionally in Argentina) enters in his place.
4 years ago – via Twitter IraHeatBeat