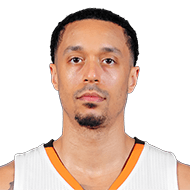 Position: -
Born: 03/06/91
Height: 6-4 / 1.93
Weight:215 lbs. / 97.6 kg.
Earnings: $6,394,399 ($6,946,624*)
0 share
share
tweet
pin
sms
send
email
The math is simple. Eight players were not enough to even have a regular basketball 5v5 practice. You hear players mention the word “sacrifice” a lot. But what the men from the top offices of the USA Basketball had to do to get the team to where they wanted to be took even more than sacrifice, because the three players from the USA Select Team knew they were always going to be in the background. They didn’t care, though. They were ready to join the team in the exhibition games before the Olympic Games. They even made the trip to Japan to help the squad play 5v5 in practices until the NBA Finalists arrived. Draymond Green doesn’t want you to forget about them. “We had three guys, John Jenkins, Cam Reynolds and Josh (Magette) who gave up their time with no reward in the end, except to see this team win the gold medal,” Green said after winning the Final against France in the Saitama Super Arena. He went on: “Those guys are special. We had nine guys, we lost Bradley Beal, Kevin Love – we started losing guys, and those guys were here. Doing everything we needed to win a gold medal. It’s a very special group, it’s not just the twelve guys you saw win the gold medal.”
4 months ago – via FIBA

John Jenkins will continue the season in China with Jiangsu, a source told Sportando. The former NBA guard has played 181 games in the NBA.
2 years ago – via Sportando