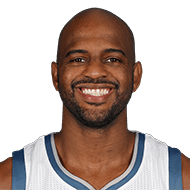 Adam Spolane: Eric Gordon is getting shots up with John Lucas. First time we’ve seen him since the Sacramento game, which I believe was 3 weeks ago. The team said he’d be out 4-6 weeks, so he appears to be progressing
2 weeks ago – via Twitter AdamSpolane

The current Rockets are an underdog story that’s easy to root for, and in that sense, Lucas fits right in. “John has been invaluable. His relatability with players, his experience, you can’t replace it,” Rockets head coach Stephen Silas says. “When you see young guys and new guys come on the floor ready to play, that’s John. I’m so thankful and grateful that he’s here. I rely on him immensely as a first-year coach, but even if I were here 10 years I’d need John on my staff. He’s that valuable.”
2 months ago – via Michael Shapiro @ Sports Illustrated

share
tweet
send
sms
email
John Lucas’s routine on the floor before each Rockets game is similar to that of any assistant across the league. Houston’s director of player development will warm up with John Wall, Eric Gordon or whomever else is on the floor, dishing passes as tip-off approaches at the Toyota Center. But there is one element of Lucas’s pregame preparation that’s anything but routine. Each night features a flood of greetings and conversations with opposing players and coaches, with a frequency likely unmatched throughout the NBA. If it seems as though nearly every player in the league has at least some relationship with Lucas, well, that’s because it’s the truth. “I consider myself an elder of the NBA family,” Lucas tells The Crossover. “I like to think I’m one of the gatekeepers of the game.”
2 months ago – via Michael Shapiro @ Sports Illustrated

The Rockets intend to have assistant coach John Lucas, who has helped several NBA and NFL players to overcome personal issues to have successful careers, work closely with Porter, a source said.
3 months ago – via Adrian Wojnarowski, Tim MacMahon @ ESPN

share
tweet
send
sms
email
Michael C. Wright: John Wall on James Harden: “I talked to him the other day. He came in and got his test. He came in and had a good workout with coach John Lucas. That’s all I can say. That’s all he talked about. We didn’t really talk about too much more. We have a relationship.”
4 months ago – via Twitter mikecwright

Kelly Iko: Wall says he talked to James Harden the other day and had a good workout with John Lucas.
4 months ago – via Twitter KellyIkoNBA