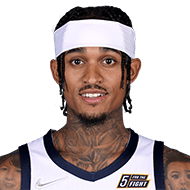 Utah has so far signaled an intent to keep breakout star forward Lauri Markkanen plus franchise favorite Jordan Clarkson, and have established a high asking price for Jarred Vanderbilt, sources told Yahoo Sports, leaving Malik Beasley and Kelly Olynyk, along with Conley, as the obvious veterans the Jazz could move before the Feb. 9 trade deadline. Olynyk is known to be a favorite of Ainge.
1 week ago – via Jake Fischer @ Yahoo! Sports

share
tweet
send
sms
email
Malik Beasley: We want to destroy everybody. Our main thing is having fun while we’re playing. We play way better when we’re just playing. If you watch the film, a lot of the stuff we draw up is straight off reads, and there aren’t always set plays. Coach Hardy has a foundation for what we want to do. Me and Jordan Clarkson move around the perimeter a lot and cut sometimes. Lauri Markkanen cuts all the time. Vanderbilt sets good screens. If it’s serious and we try to play in the half court and be perfect, that’s when we don’t win games. All of our losses have been when we try to be too perfect. Everybody has their role and knows what they’re supposed to be doing.
1 week ago – via Michael Scotto @ HoopsHype 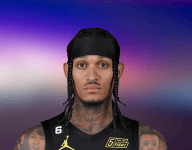 Jazz want to keep both Lauri Markkanen and Jordan Clarkson

Eric Walden: Hardy also cites the importance of Jordan Clarkson being a playmaker tonight. Praised the job he did in the Memphis game that Conley sat out, as well as his play down the stretch of the Portland game where Conley got hurt.
1 week ago – via Twitter tribjazz

Jazz owner Ryan Smith is said to be a fan of Jordan Clarkson, HoopsHype has learned. There’s a palpable buzz around the league that Utah will look to sign Clarkson to an extension rather than trade him.
1 week ago – via Michael Scotto @ HoopsHype