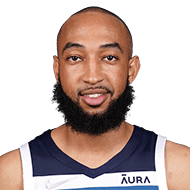 Jon Krawczynski: Jordan McLaughlin (groin) and Jaylen Nowell (back spasms) are questionable for the opener. Finch said today he expects McLaughlin will be ready to go
1 month ago – via Twitter JonKrawczynski

Dane Moore: Jordan McLaughlin is questionable to play Monday against the Clippers (groin strain)
2 months ago – via Twitter DaneMooreNBA

share
tweet
send
sms
email
Over his two seasons in Minnesota, several player agents privately had issues with Rosas’ negotiating tactics. Rosas had a responsibility to his organization and ownership, but scenarios would arise where representatives expected better treatment. Just this offseason, Rosas reneged during negotiations with restricted free agent Jordan McLaughlin and misled him about his role, according to a source directly involved in the talks. “Rosas was the cause of mishaps and pulled his promises,” the source said.
2 months ago – via Jon Krawczynski, Shams Charania, Jon Krawczynski and Shams Charania @ The Athletic

This rumor is part of a storyline: 17 more rumors
share
tweet
send
sms
email
Jon Krawczynski: Jordan McLaughlin is getting a three-year, $6.5 million deal from the Wolves, sources tell @TheAthletic. Two of those three years on McLaughlin’s deal are guaranteed.
3 months ago – via Twitter JonKrawczynski