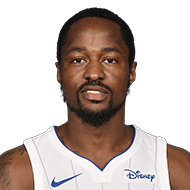 It wasn’t his NBA debut, but it had been so long between cups of coffee – sips, really – that Kalin Lucas probably felt the same rush of jangled emotions as he did the first time around, 50 months ago. Lucas, signed by his hometown Pistons last week to a two-way contract, scored his first NBA points – a pair of free throws with 9:50 left in the second quarter, a little more than two minutes after checking into the game at point guard. “It definitely means a lot,” said Lucas, a prep star at Orchard Lake St. Mary’s who spent four seasons at Michigan State, going undrafted after averaging 17 points for the Spartans in 2010-11. “At the same time, I still haven’t done anything yet, so my job is to come out and be aggressive and compete whenever my number’s called.”
3 years ago – via NBA.com

share
tweet
send
sms
email
“To be back home – I’ve got a lot of family and friends. I’ve got a lot of support,” he said. “It’s definitely a blessing.” As a player on a two-way contract, Lucas can spend 45 days with the Pistons before the G League calendar ends in late March and then limitless days with them. “As far as right now, you’ve got to take it one game at a time,” Lucas said. “We’ve got to watch film, try to get better and get ready for the game on Wednesday. I definitely feel it’s a good fit for me. My job is to be ready, no matter if I’m playing 12 minutes or three minutes or whatever the case may be. My job is to be ready – and I’m definitely ready.”
3 years ago – via NBA.com

James Edwards III: Kalin Lucas and Isaiah Whitehead are here in Detroit. Drummond (nasal injury) is out, Smith (adductor) is questionable, Leuer (illness) is probable.
3 years ago – via Twitter JLEdwardsIII