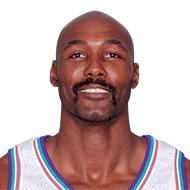 Ben Anderson: Lauri Markkanen is the third player in @Utah Jazz history to score at least 38 points while shooting 80 percent from the field or better. He joins Adrian Dantley and Karl Malone who last did it on January 8, 1998. #takenote | @kslsports pic.twitter.com/bo7CpOVrYY
3 weeks ago – via Twitter BensHoops

Howard Beck: Karl Malone was hurt. Everybody ignores this part of it. He only played in four of the five games. He averaged 31 minutes in that series. He missed a lot of the regular season because of a freak accident where Scott Williams fell into him and hurt his knee. Malone was the guy holding Shaq and Kobe and holding the team together and keeping Shaq and Kobe from beating the heck out of each other early that season.
1 month ago – via Michael Scotto @ HoopsHype 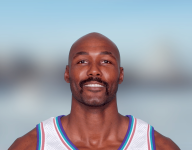 Dave McMenamin: LeBron James has 20 pts on 7-of-14 shooting. It’s the 1,134th 20-point game of his career, tying him with Karl Malone for the most in league history.
2 months ago – via Twitter mcten

It’s because during the 1998 Western Conference finals, the Lakers—then built around a young Shaquille O’Neal (26) and an even younger Kobe Bryant (19)—were, for the second straight spring, getting absolutely destroyed by the Jazz, a veteran-laden powerhouse led by Karl Malone and John Stockton. The Lakers were flashier and more talented, with Van Exel, Eddie Jones, Robert Horry, Rick Fox and Derek Fisher flanking O’Neal and Bryant. But the Jazz were more mature and methodical and ultimately overpowering. “We were young,” Van Exel says. “We had guys that wanted to get their points and do their thing, as opposed to going out there and winning as a group.”
7 months ago – via Howard Beck @ Sports Illustrated