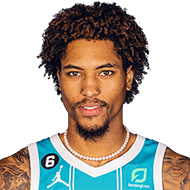 Instead, the Bucks took a cue from the halftime act of Duo Transcend and skated power circles around Charlotte, while the Hornets were lethargic in a 105-96 loss. “It’s tough to win whenever everything isn’t clicking on all cylinders, especially against a championship-caliber team like these guys,” Kelly Oubre said. “No matter how many guys they are down, they are still capable of being in games that we haven’t and they have that experience.” School was indeed in session for the Hornets against Milwaukee’s reserves. “Losing is the hardest thing always,” coach Steve Clifford said. “They want to win, too. Our guys are disappointed. There were two things we wanted to do: get better and win, and win at home. We had won our last three and played much better, and tonight we weren’t near at that level. And they are good too, obviously.
4 days ago – via Charlotte Observer

share
tweet
send
sms
email
One-on-one with Milwaukee is not a recipe for success. “Yeah, I felt it,” Oubre said. “We didn’t really play for each other like we’ve been playing. Playing to give each other rhythm instead of just playing to go get ours. I feel like we lacked that flow tonight for sure and that’s kind of the key to our game. “We have so much talent that when we have everybody clicking, and everybody in rhythm, and touching the rock and doing what they do best we’re tough to guard on the offensive end. So, I think that that’s a big factor tonight.”
4 days ago – via Charlotte Observer

Kelly Oubre on painting his nails black: ‘Man I do it to be different first and foremost, but also I’m very comfortable in my own skin. My wife paints my nails, I’ve got my wife’s and my daughter’s name on my nails, it’s just trying to be a little bit eccentric but keep it very punk, which is kind of my my vibe and I just I don’t like to be like anybody else. Simple as that, but also I understand where a lot of old heads that aren’t really into this type of deal… I bite my nails so it also helps me not to go to town on my fingernails.
6 days ago – via Apple Podcasts

Rod Boone: No Kelly Oubre, PJ Washington or Cody Martin tonight for the #Hornets vs. the Wizards. Jalen McDaniels will start at power forward.
2 months ago – via Twitter rodboone

With plenty of high-level scoring in the backcourt as well as the emergence of Cody Martin, a swap involving Kelly Oubre for Crowder could make sense. Oubre thrived with the Suns and had his best season statistically across the board in his one season with Monty Williams. They traded him to Oklahoma City as part of their package for Chris Paul in 2020 but perhaps a reunion could be in consideration.
2 months ago – via Yossi Gozlan @ HoopsHype

According to an anonymous Eastern Conference executive who spoke with Sean Deveney of Heavy.com, the Charlotte Hornets could look to trade former Warrior Kelly Oubre Jr. during the upcoming season. He was mentioned as a potential trade target for the Chicago Bulls.
4 months ago – via Jack Simone @ Heavy.com