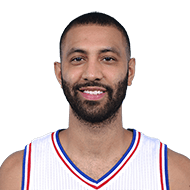 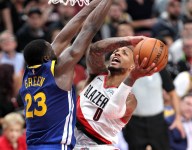 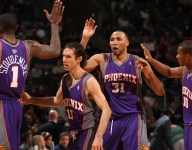 Chris Reichert: Kendall Marshall has retired from the NBA G League, per a league source
4 years ago – via Twitter Chris_Reichert

Marc J. Spears: The Bucks say they have requested waivers on guard Kendall Marshall.
4 years ago – via Twitter MarcJSpearsESPN

Fourteen of the roster spots are accounted for by players on guaranteed deals. The last slot, though, is up for grabs. Over the next three weeks, six players — Joel Anthony, Gerald Green, Kendall Marshall, Gary Payton II, Brandon Rush and James Young — will compete to earn a place on the team. Five of those players have multiple years of NBA experience, with Anthony and Green each with 10 years in the league, Rush with nine, Marshall with four and Young with three. Payton, a rookie last season, may not be as long in the tooth, but he is the incumbent, so to speak, considering he signed with the Bucks late last season and has been with the team all summer.
4 years ago – via Milwaukee Journal-Sentinel