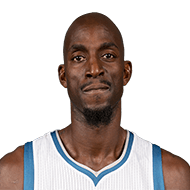 Suddenly for Pierce, it was all about defense. With Garnett barking at everyone all day and new defensive coordinator Tom Thibodeau setting a high defensive standard, Pierce was going around making sure everyone was on point. “He started holding everyone accountable — like, everybody accountable — and he became a big-time leader on the defensive end of the floor,” longtime teammate Brian Scalabrine says. “He called guys out who would forget their assignments, and we had a culture that you had to know your assignments. You could not — it wasn’t a part of our culture for us to forget defensive assignments. That was a big part of what we did.”
2 days ago – via Jared Weiss @ The Athletic

share
tweet
send
sms
email
But the turning point of his career came in those practice runs. After a training camp in Rome established Boston’s “Ubuntu” mission and a hot start out the gate that year, Pierce set up those G-Unit runs to keep them on their toes and to continue pushing. Pierce was on his way out the door in Boston a year earlier. Now “The Truth” was trying to drive the culture every day. “That never happened with P before. He was not doing that. He was not engaged like that,” says Powe. “But it all changed when KG got there, and that moment when he set up those runs was crazy. That’s what I think he was all about. He was all about winning and being competitive.”
2 days ago – via Jared Weiss @ The Athletic

As for two other legends Garnett crossed paths with, during a video call a few months later, I ask him about the difference between Michael Jordan and LeBron James. “It’s a different level of respect,” he replies. “Michael Jordan I looked at as f—— God. And I thought he was my version of what basketball looked like. And with LeBron, it was more like the little homie. Here’s the little homie growing up, and man, little homie is getting better than everybody! God damn!… I definitely talked some s— to him. I’ve definitely said some crazy s— to him. He’s definitely said some crazy s— back to me.” Garnett also praises LeBron for carrying the NBA as long as he has: “You’ve gotta have that in you to be able to have those shoulders to carry it. No man is perfect in this s—, and there ain’t no telltale book on how to do this s—. He’s done a great f—— job. I just felt like it was only right to give him that respect.”
4 weeks ago – via Michael Pina, Condé Nast @ GQ.com

This rumor is part of a storyline: 258 more rumors
share
tweet
send
sms
email
Watching Garnett’s new documentary, Anything is Possible, which premieres Friday on Showtime, the full breadth of his influence on the modern NBA comes into focus. He was the first player since the 1970s to enter the draft out of high school, paving the way for Kobe Bryant, LeBron James and others. The six-year, $126 million extension he signed in 1997 set records at the time for player salaries and precipitated the 1999 lockout and the creation of the league’s current salary structure. And his 2007 team-up with Ray Allen and Paul Pierce in Boston was the first “superteam” under the current definition, with three stars coming together to dominate. There are plenty of funny individual moments and interviews with Garnett and his friends and contemporaries in the film, but that wide-ranging impact on the sport in 2021 is what stands out.
4 weeks ago – via Sean Highkin @ Bleacher Report

share
tweet
send
sms
email
B/R: Did you reach out at all to Moses Malone or any of the other guys from the previous generation who made the jump from high school to get their advice? Garnett: I couldn’t get Moses Malone on the phone. I couldn’t get Darryl Dawkins or track him down. There wasn’t the internet back then. You couldn’t just DM or reach out. But I did have a long conversation on the phone with Bill Willoughby, who was the last guy to do it before me. He shared some of his experiences with me. A lot of information about the league and the business. How they do guys with injuries. It just kind of took me down an avenue of a reality check on what the real NBA is like. He played eight years, could have played more. He thought that politics came into play a little bit in some situations. Fired his agent, went through a lot of catastrophic episodes that I thought I needed to hear.
4 weeks ago – via Sean Highkin @ Bleacher Report

B/R: Your relationship with Kobe Bryant is covered in the documentary, but did guys like Jermaine O’Neal and Tracy McGrady reach out to you when they were weighing their decisions? Garnett: Yeah, I tried to make myself available for those kids. I didn’t talk to J.O. or Tracy, but I did talk to Kob. Kob and I had a long conversation. I could tell that he had very similar visions for himself coming out of high school to what I had. I said to him, “You’ve got a father who played in the league. All the stuff you’re asking me, you can go ask your dad.” But he wanted to hear it from me. He wanted my perspective. We remained friends after that. But when it came to Tracy and those guys, they didn’t really reach out. Darius Miles was the one besides Kobe that I actually sat down with. I could see a lot of myself in him. He had already made up his mind of what he wanted to do and wanted some advice. We had similar paths. He was from East St. Louis, so we kind of messed on some Midwest-type ish. But he was a student. I saw a lot of myself.
4 weeks ago – via Sean Highkin @ Bleacher Report