James can continue to climb the ladder in two accumulation categories this season. He enters the campaign third all time in minutes played with 52,139, needing 2,714 more to pass Malone for second. He would have to be in the lineup for around 75 games to do that. Abdul-Jabbar tops the list with 57,446 minutes. Speaking of games played, he is 14th on the all-time list with 1,366. If he plays in 59 contests this season, he would move up to eighth, passing Clifford Robinson, Reggie Miller, Jason Kidd, Tim Duncan, Jason Terry and Kevin Willis.
2 months ago – via Dave McMenamin @ ESPN 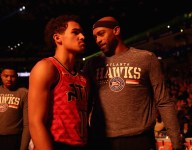 On Nov. 5 in Atlanta, I crossed paths with Kevin Willis, the former Hawks standout, who went on to play for the Spurs’ title-winning team in 2002-03. Willis was on a scouting mission similar to mine that night. “It’s just beautiful,” Willis said. “I love seeing him out there. I never saw it coming — I never really saw Tim as a coach. But since it happened, why not? When he’s working with other players, he’s the ultimate teacher.”
3 years ago – via Marc Stein @ New York Times

Carter will play an NBA-record 22nd season, where he will spend a second straight year mentoring one of the NBA’s youngest rosters, which includes seven players under 23 years old. Carter will pass Dirk Nowitzki, Kevin Garnett, Kevin Willis and Robert Parish, all of whom played 21 NBA seasons.
3 years ago – via ESPN 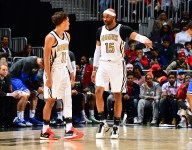 Richard Jefferson: My favorite thing to do was to dunk on people. Alonzo Mourning. Chris Bosh. Nenad Krstic. Shelden Williams. Kevin Willis. Mark Madsen. Jonas Valanciunas. I would search those out. When I would see new big men come into the league, my favorite thing was to try and get ’em. I could have an open 3, and I would slow down my pump-fake to pull in a defender just so I could go get that big. Michael Kidd-Gilchrist. Edy Tavares. Klay Thompson. It was just so much fun, and I was extremely blessed to have such a good string of health that it allowed me to do it in latter parts in my career. When I dunked on MKG, I just put him in a body bag, and I was 34 years old.
4 years ago – via ESPN