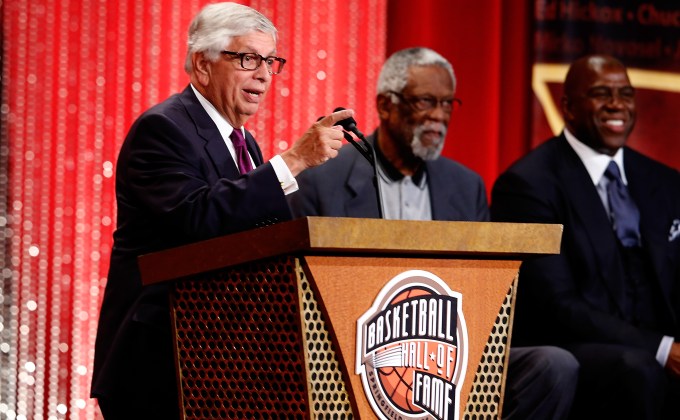 Kris Joseph: Rest easy big fella! Great individual. Glad i got to know him for as long as i did. #Art! Haha.
5 years ago – via Twitter

share
tweet
send
sms
email
Orleans made official the signing of Kris Joseph. The former NBA player spent the last two years in France. In 2014-2015 he averaged 6.7 points and 2.4 rebounds with Dijon.
7 years ago – via Sportando

share
tweet
send
sms
email
People say you pulled off a huge steal. What do you think when you hear that? Danny Ainge: Well, what I felt at the time was, I thought it was a really gutsy move by Brooklyn. I admired it. I thought the way KG finished last year, and Paul — both of them looked like they had a lot of basketball left in them, as the season finished last year. And so, I felt that it was a good deal for both teams. Like, I wasn’t able to put Joe Johnson and Deron Williams and Brook Lopez around Paul and KG. I wish I could have. They still would’ve been Celtics. But we weren’t in that position, to become a contender, I don’t think. I didn’t think that Paul and KG could carry us like they had for the five or six years previous. We were a team, I felt, that was destined to mediocrity as opposed to excellence with those guys. And especially with [Rajon] Rondo being out and so forth, it was going to be a long year for us with those two guys at the stage of their careers. It wouldn’t have done them justice. So, I was happy for Brooklyn. They were taking a chance. I thought it was a really good trade. I thought it was good for us and where we were as a franchise. And I thought it was really good for Jet, Paul, and KG and for [new Nets coach] Jason Kidd. I didn’t know if they’d win a championship or not, because I knew Indiana and Miami were going to be very good, and I thought Chicago was going to be very good. But I really thought it was going to be a four-horse race in the East, with those four teams. That’s what it looked like to me when the season started.
8 years ago – via Boston Globe

To recap, the Celtics traded Garnett, Pierce, Jason Terry, and D.J. White to the Nets for Gerald Wallace, Kris Humphries, MarShon Brooks, Kris Joseph, Keith Bogans, and three first-round draft picks (2014, 2016, and 2018), as well as the right to swap first-round picks in 2017. How did the deal come together? Danny Ainge: It did come together fairly quickly. What I was excited about was that it appeared at the time to be a great situation for everybody — I think that for Paul and KG and Jason Terry and for us. It looked like it was going to be a good situation for them to be a major contender again and be vying for a championship. Their year hasn’t gone that way, but before the season started, it sure looked like it. I think it was a happy way to make a very difficult decision.
8 years ago – via Boston Globe

share
tweet
send
sms
email
Kevin McHale recently said the state of the NBA under its new collective bargaining agreement kind of forces you to make a deal like this even if you would have liked Paul to retire a Celtic. Is that fair? Danny Ainge: Well, I don’t know if it forces it, but it forces it if you want to remain competitive. And it certainly gives you a jumpstart in the rebuilding process, as opposed to not doing it for sentimental reasons. I think what Kevin is saying is, nobody wants to trade away a Paul Pierce or a Kevin Garnett — and Jason Terry, for that matter. Jason Terry, he only played with us for a year, but I love that guy. He gave a lot to us and he’s just a class act — throughout his career. But that’s nothing that anybody wants to do, and is looking forward to doing. But I think that when the opportunity presented itself, it was a deal that I had to do for the franchise.
8 years ago – via Boston Globe