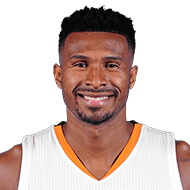 .@TheBlurBarbosa had to help a friend add some purple to the wardrobe. 😈

Drew Shiller: Steve Kerr on Warriors assistant coach Leandro Barbosa: “He can still play. If we needed him, and we had to sign him to a 10-day (contract), he could go right now and help us win a game. Guy’s in amazing shape.”
3 months ago – via Twitter DrewShiller

Wes Goldberg: Kerr on Leandro Barbosa, now on the coaching staff: “If we needed him and had to sign him to a 10-day, he could go go right now and help us win a game.” Says they’ve considered it in the case of an emergency situation.
3 months ago – via Twitter wcgoldberg

“He’s going to make it easy for Steve,” said Leandro Barbosa, who played with Nash and for D’Antoni in Phoenix and now coaches for the Warriors. “Mike is one of the best coaches that I ever played for. He’s also one of the best from an offensive standpoint. He knows a lot of plays, he knows a lot of tricks, I think he’s going to be awesome for Kyrie (Irving) and (Kevin) Durant.”
5 months ago – via Alex Schiffer @ The Athletic

share
tweet
send
sms
email
“People talk about the Phoenix teams I played on and this sort of revolutionary tone of how it impacted the game, but the truth be told, Mike D’Antoni’s brilliance in much of that was he allowed it to evolve instead of getting in the way,” Nash said. “I feel like a lot of coaches feel the need to design every aspect of something, and I feel you leave too much on the table that can be found through the personalities, the connectivity, the dynamic on the floor and in the room.” “Mike goes with the flow,” Barbosa said. “Their offense is going to flow.”
5 months ago – via Alex Schiffer @ The Athletic

Leandro Barbosa and Andre Iguodala were teammates on the Warriors during the 2014-15 and 2015-16 seasons. How much fun is the “Brazilian Blur” having watching the 2015 NBA Finals MVP compete in the Orlando bubble? “Iggy lied to me,” Barbosa jokingly said this week on the “Runnin’ Plays” podcast. “He said that he was going to retire after his deal with the Warriors (expired). And he got an extra two years with the Miami Heat. “I sent him a text, I said, ‘Man. Stop stealing money from other teams, man. Come on. You gotta retire.’ “
7 months ago – via Drew Shiller @ NBC Sports