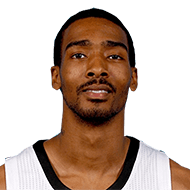 share
tweet
send
sms
email
Former first round pick Luther Head signed a D-League contract on Wednesday, according to a league source, enabling him to clear waivers on Friday and join his new team ahead of next week’s Showcase. Head appeared in 36 games for the Sacramento Kings last season after previously spending time with the Houston Rockets, Miami Heat and Indiana Pacers.
10 years ago – via Ridiculous Upside

share
tweet
send
sms
email
Aggrey Sam: Can confirm @kcjhoop report that Luther Head will be in #Bulls (I used a hashtag!?) camp. Scal also expected to be present, says source.
10 years ago – via Twitter cuttyfromthecut

share
tweet
send
sms
email
The Kings have waived guard Luther Head. Head did not dress for Friday night’s loss with a sore right calf. Head also had been unhappy with his role for some time and had made his displeasure known and was tossed from a practice this season.
11 years ago – via Sacramento Bee

share
tweet
send
sms
email
Perhaps 10 losses in their last 11 games are wearing on the Kings (4-11). “Can’t do it that way,” Kings guard Luther Head said. “You’ve got to pull people to the side and talk to them like a man, and they’ve got to be able to listen. They can’t come back with a question.” Asked if leadership was an issue with the Kings, Head responded in the affirmative. “Yes,” Head said. “We need to find somebody everybody will listen to and stick to that.”
11 years ago – via Sacramento Bee

share
tweet
send
sms
email
In July, Head reached a two-year, $2.5 million agreement with the Hornets. But before Head could sign the contract, the Hornets withdrew the offer, claiming the guard failed the physical on account of his surgically repaired ankle. Wojnarowski reports that this was a cover story for New Orleans. Woj reports that when GM Jeff Bower was fired after the verbal agreement on Head’s contract but before pen met paper, Hornets president Hugh Weber decided he didn’t want Head’s deal on the cap for the next personnel boss. Failing Head on his physical was an easy cover story, so the guard’s deal was canceled. Nothing happens in a vacuum, and sources tell Woj this greatly affected Head’s ability to win a guaranteed contract from any team, leaving him heading to camp with the Kings.Head’s agent Mark Bartelstein saw this coming back in July, then telling NBA.com’s Art Garcia that his client wouldn’t have had trouble passing any other team’s physical.
11 years ago – via FanHouse.com