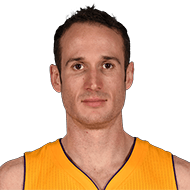 Mark Berman: As expected the #Rockets announced they have waived guard Marcelo Huertas
5 years ago – via Twitter MarkBermanFox26

The Los Angeles Lakers have acquired guard Tyler Ennis and the draft rights to guard/forward Brad Newley from the Houston Rockets in exchange for guard Marcelo Huertas, it was announced today by President of Basketball Operations Earvin “Magic” Johnson.
5 years ago – via NBA.com

Storyline: Marcelo Huertas Trade
share
tweet
send
sms
email
Bobby Marks: Huertas contract was $1.5m and $1.6m. The 2nd year was non-guaranteed and Houston will be off the hook for next season once waived.
5 years ago – via Twitter BobbyMarks42

share
tweet
send
sms
email
“Kobe Bryant was fluent in Spanish, and that was popular,” Black explained. “In his press conferences, he would take questions in Spanish and Italian.” According to the NBA’s Manteiga, for the past two seasons Bryant’s jersey has been the best-selling one for the Lakers. Even now, the Lakers have players who can communicate directly to Spanish-speaking fans: Jose Calderon and Marcelo Huertas are from Spain and Brazil, respectively. “We utilize their ability to speak Spanish,” Black said.
5 years ago – via ESPN

Walton conceded Russell had “some questionable moments” during Wednesday’s scrimmage before refering to some defensive miscues as “normal stuff.” Russell has sought advice from veteran point guards Marcelo Huertas and Jose Calderon on how to run pick-and-roll properly. And the Lakers will try to balance between coaching and empowering him to run the offense as he sees fit. “I always felt I had the leadership qualities as far as being a leader or leading a team. But at the end of the day, I’m a young guy,” Russell said. “I don’t really know what it takes to be as successful as I want to be. Then you have veteran guys that do. It’s about listening to those guys, learning from your mistakes and learning from the coaching staff. There’s a lot I can really gain.”
5 years ago – via Orange County Register

The Los Angeles Lakers have signed point guard Marcelo Huertas, it was announced today by General Manager Mitch Kupchak. Per team policy, terms of the deal were not released. “Marcelo’s understanding of the game, unselfishness, and professionalism are assets to our team and he has an uncanny ability to change the pace of the game,” said Kupchak. “He’s fundamentally solid but also has a flair and excitement to his style of play, which makes him a fan favorite.”
5 years ago – via NBA.com