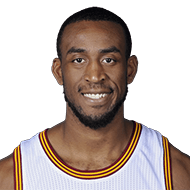 Erik Horne: The Thunder announced it has waived Markel Brown, who was signed earlier this week. #okstate
3 years ago – via Twitter ErikHorneOK

The Oklahoma City Thunder has signed guard Markel Brown to a contract, it was announced today by Executive Vice President and General Manager Sam Presti.
3 years ago – via NBA.com

Storyline: Markel Brown Free Agency
share
tweet
send
sms
email
Former Rockets two-way guard Markel Brown, 26, used the two-way contract as an opportunity to return to the NBA. The former second-round draft pick played two seasons for the Nets before spending one season in Russia with BC Khimki. After making substantially more overseas in Russia, Brown returned to the States with the hope of making the NBA again. “On the court, I feel like for overseas there is a lot of competition depending on what league you’re in, depending on what team you go and play for, it’s a lot of competition,” Brown said. “There are a lot of guys that used to be in the NBA that are overseas now, and I think it’s great. Going overseas, being able to make some money to be able to take care of your family, but I think staying in the States and playing in the G League is also good as well. You’ve got great coaches in the G League who are constantly preparing you for their affiliate team, so I think both are great on the court. Off the court, for me, being in Russia the language, food, traveling around trying to venture out and see new things versus being in the States it’s just like being home, so I think it opens up your eyes and makes you more thankful for what you have around you.”
4 years ago – via The Athletic

Michael Scotto: Former Nets and Rockets guard Markel Brown has agreed to a one-year deal with Darussafaka in Turkey, The Athletic has learned. He reunites with former Net Cory Jefferson.
4 years ago – via Twitter MikeAScotto