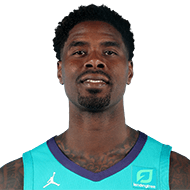 share
tweet
send
sms
email
Five years later, Kaminsky would like to take that advice and pay it forward the rest of his career. “That’s something that I would love to be one day, a veteran presence that people can look up to,” Kaminsky said. “He really set the example for everybody, not just on the court. Off the court, you cannot speak more highly just how good he was to everybody in the organization, from training staff to the support staff to the video guys, just to everybody, how he includes everybody and makes them feel comfortable and part of something. That’s something I want to be one day.”
6 months ago – via Jim Polzin @ Wisconsin State Journal

Storyline: Marvin Williams Retirement?
share
tweet
send
sms
email
Rick Bonnell: Marvin Williams — maybe the best teammate in @Charlotte Hornets history — ended a 15-year NBA career last night. He talked to me in detail in January about what he’d like in his second career: charlotteobserver.com/sports/charlot…
6 months ago – via Twitter rick_bonnell 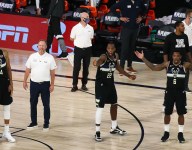 What's next for Giannis Antetokounmpo, Mike Budenholzer and the Bucks? NBA GMs and executives weigh in

Milwaukee Bucks forward Marvin Williams told ESPN’s The Undefeated that he is retiring. Williams voiced the decision on Tuesday after earning 11 points and eight rebounds in the Bucks’ 103-94 season-ending loss to the Miami Heat in Game 5 of a second-round series. The former University of North Carolina star was selected second overall in the 2005 NBA draft by the Atlanta Hawks. Williams, 34, averaged 10.2 points and 5.2 rebounds in 1072 NBA games. “I’ve been very blessed. God has been very, very good to me,” Williams said.
6 months ago – via Marc J. Spears @ ESPN

Storyline: Marvin Williams Retirement?
share
tweet
send
sms
email
Rick Bonnell: Marvin Williams defined teammate. As classy and wise as anyone I’ve had the pleasure to cover. He hated how playing took him away from his family so much.
6 months ago – via Twitter rick_bonnell