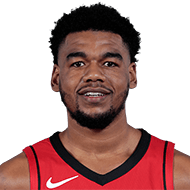 Philadelphia 76ers President of Basketball Operations Daryl Morey announced today that the team has signed Paul Reed to a standard NBA contract and Mason Jones to a two-way contract. Reed, who signed a two-way contract with the 76ers on Nov. 28, 2020, was named the 2021 NBA G League Most Valuable Player and Rookie of the Year earlier this week. He was the only player to average at least 22 points and 11 rebounds per game during the G League season, while leading the Delaware Blue Coats to the playoffs for the first time in franchise history. Reed led the G League with 12 double-doubles in 15 games and was the first player in Delaware franchise history to earn either MVP or Rookie of the Year honors.
3 weeks ago – via NBA.com

Adam Spolane: Stephen Silas says Mason Jones, Anthony Lamb and KJ Martin are available off the bench. Even though he is hurt David Nwaba asked Silas if he could play. He’ll go through a pregame warmup. Silas called that level of commitment “gratifying”
1 month ago – via Twitter AdamSpolane

Kelly Iko: The Houston Rockets are waiving Mason Jones, sources tell myself and @Alykhan Bijani.
1 month ago – via Twitter KellyIkoNBA