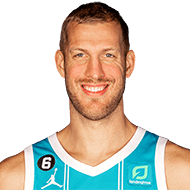 Mason Plumlee is another center name said to be available for a first-round pick. Charlotte has transitioned in recent weeks from looking for moves to try and revive their season to looking purely for future assets.
16 hours ago – via Matt Moore @ Action Network

Short of adding someone like Poeltl, the Celtics’ front office could still want to give Mazzulla another type of backup big man to use come playoff time. Kornet, for all of his strengths around the rim, isn’t the most versatile defender. Around the league, players such as Mason Plumlee, PJ Washington and Jae’Sean Tate could be available. A couple of those guys aren’t necessarily natural centers but would help the Celtics play a different style than Kornet does. By combining the contracts of Danilo Gallinari and Justin Jackson, the Celtics could absorb upwards of $9 million worth of returning salary in a deal without touching anyone in their current rotation. They also have Payton Pritchard, who has drawn interest as a potential trade chip if the right target emerges.
4 days ago – via Jay King @ The Athletic

Along with the Spurs, the Charlotte Hornets are an organization that many across the league are keeping an eye on as a potential seller as the trade deadline nears. Guard Terry Rozier, center Mason Plumlee and forwards Jalen McDaniels and Kelly Oubre Jr. are among the players expected to receive interest in potential deals. The Hornets are expected to listen to suitors for Rozier ahead of the deadline, though he has three years remaining on the four-year, $97 million extension that he signed in 2021.
2 weeks ago – via Shams Charania @ The Athletic

General manager Mitch Kupchak hasn’t pulled the trigger on any huge deals during his tenure in Charlotte and takes a measured approach at the deadline. He’s had opportunities to upgrade the roster in February in each of the past three years, but didn’t seem thrilled with potentially sabotaging the Hornets’ long-term future for a quick fix. However, this year could be different given the Hornets are cellar-dwellers and have a couple of players on expiring contracts, like Mason Plumlee and Kelly Oubre, who may be moved to a playoff team. They’re nearing the point where they have to get a good look at the supporting cast around LaMelo Ball to figure out how to push this team forward in 2023-24.
3 weeks ago – via Charlotte Observer

Teams are keeping an eye on the availability of players like Terry Rozier, Kelly Oubre Jr. and Mason Plumlee. Gordon Hayward was on that list before his shoulder injury. Additionally, P.J. Washington (a pending restricted free agent) could be available as he’s believed to be seeking a larger payday than the Hornets are willing to offer.
2 months ago – via Eric Pincus @ Bleacher Report 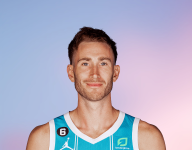 Point guard Terry Rozier, forward Gordon Hayward and center Mason Plumlee are three guys executives around the league are eyeing in Charlotte, and would-be contenders teams like the Knicks, Heat, Mavericks, Suns, and Lakers are expected to inquire should those players be put on the market.
2 months ago – via Sean Deveney @ Heavy.com