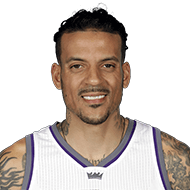 Position: -
Born: 03/09/80
Height: 6-7 / 2.01
Weight:226 lbs. / 102.5 kg.
Earnings: $35,300,232 ($39,557,569*)
0 share
share
tweet
pin
sms
send
email
Kleiman caught wind of Kerr’s controversial comments and decided to jump in on the action on social media. He did not say much though, but the two emojis he used made it clear that he does not exactly agree with Kerr here. Former Warriors player Matt Barnes also chimed in on the discussion and he too is on the same boat as Kleiman. Needless to say, there are a lot of people out there who believe that the Nets will never ever trade Kevin Durant.
3 weeks ago – via Clutch Points

That’s certainly already looking like a possibility, as Luka averaged more PPG than Dirk did in his entire career at just 20-years-old. (Via WHAT’S BURNIN’): “With the legacy he left behind, I definitely think Dirk is the best European player we’ve ever seen. He’s a first-ballot Hall of Famer, but someone who could be knocking on the door is Luka. So it will be interesting to see how Luka’s career plays out.”
1 month ago – via TalkBasket

Etan Thomas: Listen, I love what y’all are doing, you and Stak. I love the fact that y’all have gone into this area of media. For me, I didn’t really like the media when I was playing and I feel kinda similar with y’all but y’all are doing it differently to give guys an opportunity. So, I love it. I love what y’all are doing. Matt Barnes: I appreciate it. As athletes, we always thought there was some sort of motive. There was a handful of people that you kind of trusted, but for the most part, you had to watch yourself with the media. That’s something Jack and I are trying to change, obviously. We’ve experienced pretty much everything that our guests have experienced and that gives us an easier intro and a different approach, which allows most of our guests to really let their wall down and feel comfortable speaking to us.
2 months ago – via Etan Thomas @ basketballnews.com

share
tweet
send
sms
email
Thomas: What I want to talk about is not really a whole lot with basketball, it’s other stuff. So, you’ve been doing a lot with using your voice and platform, in particular after Stephon Clark’s murder. Now, you didn’t know him personally, but it hit home for you because it was in your hometown of Sacramento. First, let’s remind everybody of what happened with the case. Matt Barnes: Yeah, I mean basically there was some calls about someone breaking into cars and Stephon happened to be out, they chased him down into his grandmother’s backyard and shot him several times. I think there were six to eight shots in his back, but I don’t know how many rounds they let go. And like 99% of the cases in the United States the cops were not held responsible for the situation. I had happened to just be watching CNN that morning in my room with my twins and they heard Sacramento, so I was watching it and they were playing on their iPads, they heard Sacramento so they started paying attention and was like dad, did you know him? I’m like ‘Nah I didn’t know him,’ and they were kind of just confused and their confusion and hurt is what really made me kind of want to be like ‘Let me see if there’s something that I can do to show my kids that there’s ways to help in situations like this.’
2 months ago – via Etan Thomas @ basketballnews.com

share
tweet
send
sms
email
Matt Barnes: So, myself, DeMarcus Cousins, I think the Sacramento Kings helped a little bit, a handful of people helped and we just made the experience a little easier for the family by helping with the funeral, getting people situated in hotels, and really kind of doing everything we possibly can to try to ease as much pain as possible from the family. With me continuing to use my platform and calling out the DA out there, Anne Marie Schubert, she’s a very crooked DA — takes money from the police department all the time — and has never really dropped the hammer on any situation out there, which is very unfortunate. But I think me with the platform I have and the voice that I have to be able to call stuff like that out it allows other people to see it and then other people start calling it. Hopefully, this will be her last term as DA because now everyone’s really awake about voting and how important voting is and hopefully we’ll be able to get her out after this last term she’s serving right now.
2 months ago – via Etan Thomas @ basketballnews.com

share
tweet
send
sms
email
According to Barnes, he and Kobe played two-on-two with the kids while in Santa Barbara. In classic Mamba fashion, he didn’t give a rats hat that they were kids and played with the same burning desire to win he showed when playing in an NBA game, swatting away their shots and dunking on their heads. Barnes, as competitive and feisty as he is on the court himself, asked the 5-time NBA champion to chill out with these kids, but Kobe didn’t care. This story only makes the legend of Kobe Bryant grow and just how passionate he is with his craft. There are probably a lot more untold, yet, similar stories detailing Bryant’s competitive nature. His work ethic is unmatched and his passion has only inspired so many others.
2 months ago – via Clutch Points

share
tweet
send
sms
email
“To get Kobe’s respect was darn near impossible,” said Hollins. “We could count on one hand the number of teammates that Kobe respected. Trevor Ariza was a guy who Kobe respected. Ronny Turiaf, Lamar Odom, Pau…I remember one time I was on the Clippers and Kobe spun off Matt Barnes and went to the hole. I get over early, I slide over two feet and get my hands straight in the air perfectly, and I go to stop Kobe. Kobe jumps into me, throws the ball up, and the referee calls a foul on me. I was in perfect position. Mamba comes down after the foul is called and gives me a slap on the butt as if to say, ‘good job kid, you were there, but I’m Kobe.’ That was a big moment and I was happy.”
3 months ago – via NBC Southern California @ NBC Los Angeles