share
tweet
send
sms
email
“There were so many distractions going on when I was there,” Sweetney said, “Me being a lottery pick and not living up to my expectations was probably the least of their worries.” Sweetney said a source of counsel for him during that first year was Ewing, a fellow Georgetown Hoya who told him to keep being positive. Sweetney also received guidance from a certain fan.
2 years ago – via Sopan Deb @ New York Times 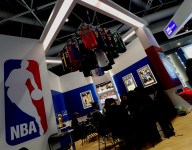 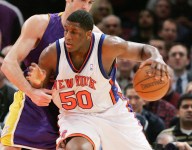 After battling depression and surviving a suicide attempt, Mike Sweetney is spreading positivity

“I remember the night,” Sweetney told HoopsHype. “We were in Cleveland one night and I just took a bunch of pain pills, hoping it would take me out. But I woke up the next morning thinking, ‘Well, it didn’t work.’ That’s how bad it was.
5 years ago – via HoopsHype

share
tweet
send
sms
email
“I didn’t like basketball and I just didn’t like life at the time. I went from being a star at Georgetown and having my father at every game, to losing him and not even playing in the NBA. I knew I wasn’t going to be given a chance as a rookie because my coach told me, ‘Hey, I’m not going to play you.’ I had a lot of things going on that were rough for me to handle. I had dug myself into a really deep depression and, at that point, I was really scared to tell anybody. At that time, you had a guy like Ron Artest and people would just say, ‘He’s crazy.’ In reality, he just had some issues that could be resolved. But people were quick to call him crazy and I was suffering from something similar, so I didn’t want to tell anyone. Even after I tried to commit suicide, nobody really knew. I was suffering really bad. I was in New York, battling this while the media was writing articles about me, and I felt like I had nowhere to go. I just kept digging myself into a deeper hole of depression.”
5 years ago – via HoopsHype

share
tweet
send
sms
email
Mike Sweetney signs a deal with Brujos de Guayama. The former NBA big man returns to Puerto Rico where he has already played in the past.
8 years ago – via Sportando