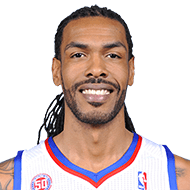 share
tweet
send
sms
email
When the Spurs signed LaMarcus Aldridge to a maximum contract this summer, general manager R.C. Buford approached former San Antonio standout Bruce Bowen about allowing Aldridge to wear his retired No. 12. Bowen quickly agreed. “If you’re talking about a great player wearing your number like a Reggie Miller, that makes the jersey even better,” Maxwell said. “Now, when Fred Roberts wore my number or Mikki Moore wore it, I didn’t really feel good about it. Now, if you’re one of the greatest players to ever wear that jersey, I think that would be a little bit different.”
7 years ago – via Boston Globe

share
tweet
send
sms
email
Bill Ingram: Mikki Moore said playing for Boise in the D-League was a bit like playing for a junior college team. Not one of the best NBDL teams.
10 years ago – via Twitter TheRocketGuy

A growing trend in the league has been N.B.A. veterans, like Antoine Walker, Antonio Daniels and Mikki Moore, signing with the D- League in an effort to make their way back to the N.B.A. It is a situation akin to baseball’s Class AAA where there is a wide range in potential ages among the players. “Those guys are all N.B.A.-caliber players, so that improves the talent level of the league, but they also are coaches on the floor for the rookies and the young guys,” Reed said. “It doesn’t hurt that it attracts greater fan attention.”
10 years ago – via New York Times