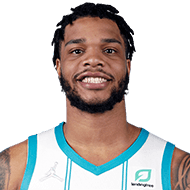 The Action Network is able to disclose the hardest-working players in the NBA, exploring the distance covered throughout the 2021-22 season and highlighting the calories each player and team burned on game days – revealing the hardest-working teams and stars. The Top-10 Hardest-Working Players Taking the No. 1 spot is Phoenix Suns’ wing Mikal Bridges. Bridges traveled an impressive 212.5 miles throughout the season and burned an estimated 38,055 calories. Miles Bridges of the Charlotte Hornets fell short of first place by just 1.8 miles. The small forward, one of the NBA’s best dunkers, covered 210.7 miles during his 80 games last season, burning the most calories among the NBA’s top-10 hardest-working players. Tyrese Haliburton (206.7), Tyrese Maxey (206.1), and Scottie Barnes (201.1) complete the top-five hardest workers, burning 178,615 calories between them and traveling a massive 1,037.1 miles.
5 hours ago – via Action Network

Where could Portland turn in free agency? During the season, at least one prominent member of the organization viewed Miles Bridges as a target for the club. Cody Martin was also viewed as a target during the season. Both Bridges and Martin are restricted free agents. So the Hornets would have the right to match any offer either player signs with another team.
4 days ago – via SportsNet New York

Rod Boone: Mitch Kupchak on Miles Bridges: “Our intention is to keep Miles long-term, yes. He’s a big part of our future.”
5 days ago – via Twitter rodboone