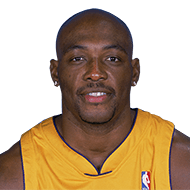 Storyline: Warriors Front Office
share
tweet
send
sms
email
Ray: Can you name an all-star five for the Kings from your years with the team, as well as an opponents’ all-star five? Gary Gerould: For the Kings, I have to include Mitch Richmond, Chris Webber and Peja Stojaković. I probably have to include DeMarcus Cousins. I know that is frontline-heavy and I have not done justice to guards. I thought about Reggie Theus; I thought about Mike Bibby; I thought about Kevin Martin. In view of the success that the Kings had in that eight season run where Bibby was involved, I would make him probably the fifth guy. So Richmond, Stojaković, Webber, Cousins, Bibby is the five that I would go with.
1 year ago – via basketballintelligence.net

share
tweet
send
sms
email
According to Checketts, Ewing desired a relocation to Golden State and his power agent, David Falk, was pulling the strings. Mullin agreed to participate but was apprehensive. “Pollak was basically saying, ‘Look, Mullin is from New York, he doesn’t want to cooperate, he doesn’t want to be the reason Ewing gets to leave New York,” Checketts said in an interview with the Daily News. “But he’s in this tremendous conflict situation. Because if he makes it happen and you have Mullin, Tim Hardaway, Mitch Richmond and Patrick Ewing on the Warriors — they’re winning a bunch of titles.”
1 year ago – via Stefan Bondy @ New York Daily News 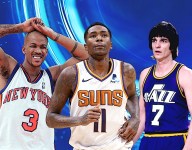 Who has scored the most points for losing teams in NBA history?

Statement from former Warrior Mitch Richmond on the death of his youngest son, Shane, who passed away last night at 20 years old. pic.twitter.com/H161ak8D7q

share
tweet
send
sms
email
They were together for the 1989-90 and 1990-91 seasons, Hardaway’s first two in the NBA. Their run ended when the Warriors traded Richmond to Sacramento. But “Run TMC” remains part of Warriors’ lore. “We’re blessed, Tim and I and Mitch to have been able to stay together, stay close friends, pretty much our whole lives,” Mullin said. “We often look back and we smile. We’ve got great memories together. Of course, we wanted it to last longer but we cherish the times we were together and we’re able to share it with each other and the greatest fans in the world.”
2 years ago – via USA Today Sports