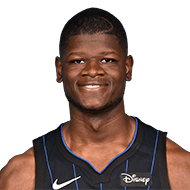 Noel and Gibson likely will also confront Orlando 7-foot center Mo Bamba, who could see action Wednesday against Gibson. Bamba could be a future trade target. The New York native and fifth pick of the 2018 NBA Draft has yet to make his mark in Orlando. Bamba is in and out of the rotation, playing in just 12 games this season. Bamba is 22 and the Knicks looked to trade up in that draft to get the former Texas Longhorns star. The Lakers also reportedly have interest.
2 weeks ago – via Marc Berman @ New York Post

Roy Parry: Mo Bamba has rejoined the team after going through the league’s health and safety protocol for COVID-19 contact tracing. Bamba went through today’s shootaround and Steve Clifford said Bamba is available tonight and could play if necessary but it’s likely he will not.
1 month ago – via Twitter osroyparry

Josh Robbins: On their preliminary injury report, the Magic have listed Evan Fournier as questionable to play Wednesday night in Minneapolis. Everyone else — Al-Farouq Aminu, Mo Bamba, Chuma Okeke, Michael Carter-Williams, Jonathan Isaac and Markelle Fultz — remains listed as out.
1 month ago – via Twitter JoshuaBRobbins

Roy Parry: Magic center Mo Bamba did not travel with the team to Boston because of non-team contact tracing, according to league sources. Bamba does not have COVID-19. His availability beyond Friday’s game will be determined by the NBA.
2 months ago – via Twitter osroyparry

Josh Robbins: In their initial injury report, the Magic have listed Mo Bamba (mild back strain) as probable to be able to play tonight in Dallas and Evan Fournier (back spasms) as questionable.
2 months ago – via Twitter JoshuaBRobbins

Roy Parry: Magic center Mo Bamba sustained a mild back strain in the 4th quarter of tonight’s loss in Houston, according to a team official. It’s too early to determine his playing status for tomorrow’s game in Dallas.
2 months ago – via Twitter osroyparry