Ben Golliver: Trae Young’s 9 turnovers are the most by any player in the 2021 playoffs & they tie a Hawks franchise postseason record (Mookie Blaylock in 1993).
7 months ago – via Twitter BenGolliver

share
tweet
send
sms
email
Dee Brown: (Laughs loudly) That’s not true. P never beat me in practice. He never beat me in a drill. He never beat me in one-on-one. I told him, “Hey, I don’t try to go and rap. Don’t try to come on the basketball court and shoot jumpers with me. You ain’t got a chance.” I told him that to his face. He tried. He tried hard. And yeah, as a rookie, I’d run him off screens, I’d throw an elbow here, Antonio Davis would give him a little hip-check there. So yeah, he went through it. But as far as me, I was one of the captains, one of the five or six best players on the team. I wasn’t worried about Master P, trust me. I was worried about freaking Greg Anthony and Mookie Blaylock. I wasn’t worried about Master P.
2 years ago – via Matt Fortuna @ The Athletic 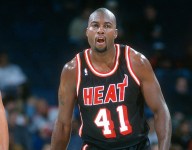 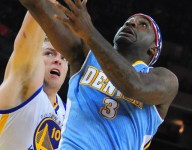 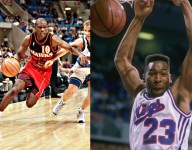 The Top 10 Oklahoma NBA players ever

Athletes are famously fond of strip clubs, but Blaylock wasn’t an aggrandizing, make-it-rain type. Rather, he was a quiet afternoon regular who, according to Solomon, went by himself more often than not. “His thing was going to the strip club and looking at women all day. And I mean, all day,” Solomon said. The strip club was Blaylock’s safe place, where his status was validated, the parade of nude female bodies rendering verbose explanations unnecessary. At night, Crown Royal was his drink of choice—“If you had stock in Crown Royal, you’d have made a lot of money off him,” said Solomon—and his intake was extreme: a constant Crown on the rocks in his hand, plus seven to nine shots, according to Solomon. But he was mostly a calm drunk, the alcohol easing him into his own skin. “He’d get into his Crown and he’d have one or two women go downstairs with him. From time to time, there’d be a little extra money for some things. He’d get his regulars who he’d chit chat with, and of course the liquor brings the talking out, so it was perfect,” said Solomon. “I don’t know if you’d call it ‘partying,’ because he didn’t spend thousands. But he enjoyed getting out of the house. He enjoyed getting away.”
7 years ago – via Sports Illustrated