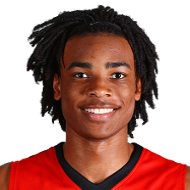 Michael Scotto: Kevin Durant (@Kevin Durant) spoke on Twitter Spaces with @bansky. Nic Claxton’s ceiling: “The sky is the limit. He could be how good as he wants to be.” “Stephen Curry and Klay Thompson are the best shooters I’ve played with. Joe Harris is definitely right up there, getting there.”
2 days ago – via Twitter MikeAScotto

Charles Claxton, who had a cup of coffee with the Boston Celtics during his own playing days, coached Nicolas up until his son’s eighth-grade season. These days, Nicolas is carving his own path, yet his dad remains his biggest mentor. “It’s funny because everything I tell him, he already knows,” Charles said over the weekend. “He’s only (almost) 22, but he’s been around the game from a young age. We used to watch NBA games together, so his knowledge of the game is very high. I’ll point out a couple things that he can do better, but he knows. “I’ve told him since he was young, ‘Put pressure on the coach.’ Meaning, if you’re good enough, then they’ll try to find a way to play you.”
2 weeks ago – via Mike Mazzeo @ Forbes.com

share
tweet
send
sms
email
“James has taken Nicolas under his wing, just showing him where to be, and Nicolas is like a sponge. He doesn’t just want to be good. He wants to be great,” Charles said. “He understands that he’s in a position to learn from some future Hall of Famers. And he listens.”
2 weeks ago – via Mike Mazzeo @ Forbes.com

share
tweet
send
sms
email
Charles envisions bigger things to come for his son in the future. “He’s still got to get stronger, knock down the 3-pointer consistently, hit his free throws, just work on all aspects,” Charles said. “Right now, on the team he’s on, he can’t show as much as he’s capable of doing. And he understands that, and he’s playing his role. Like we always say, ‘The cream rises to the top.’ And he’ll rise.”
2 weeks ago – via Mike Mazzeo @ Forbes.com

Kristian Winfield: First thing Nic Claxton says about LaMarcus Aldridge is “I’m sure I’ll be able to learn a lot from him.”
2 weeks ago – via Twitter Krisplashed

share
tweet
send
sms
email
Brian Lewis: Nic Claxton, after six points, four boards and two blocks in the 4th quarter: “A lot of people think we traded away all our depth; but I’ve been here.” #Nets
4 weeks ago – via Twitter NYPost_Lewis

Kristian Winfield: DeAndre Jordan on Nicolas Claxton: “Clax is gonna be a good player in this league for a very long time.”
1 month ago – via Twitter Krisplashed