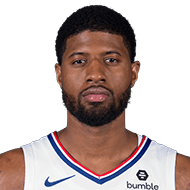 One of the things you either love or hate about the NBA is the relative lack of variance in who wins and loses. In the main, the best teams tend to win in the playoffs, and the same teams can win multiple championships in a few years. When that doesn’t happen, it stands out. And that’s why so many were shocked when the Clippers went out in the second round in Orlando, blowing a 3-1 series lead to Denver in the Western Conference semis. We asked Silver if one could extrapolate things that have happened in Orlando in these playoffs, or if everything in the bubble is so unique and not likely to be repeated when and if the NBA returns to “normal” that it has to be viewed as a one-off. Despite the hyper-competitiveness of NBA players, and proven commodities like Kawhi Leonard and Paul George, something happened to them way beyond the norm of back-and-forth playoff basketball. Silver wonders if Bubble Life didn’t, in some way, adversely impact the heavily favored Clippers. “Something seemed wrong there,” he said, adding that the self-generated hunger of a team might matter more in the antiseptic atmosphere of the bubble than in an arena full of your home fans.
5 days ago – via David Aldridge @ The Athletic

First Things First: “I’ve been told some of the Clippers role players actually think they’re as good as Paul George. They’re having problems w/ the special treatment he’s gotten from Doc Rivers. They can handle Kawhi getting special treatment bc for the most part he delivered.” — @Chris_Broussard
6 days ago – via Twitter

share
tweet
send
sms
email
Kelly Iko: I think taking the Clippers job was good for his perspective. Despite flaming out in the second round against the Denver Nuggets and falling well short of expectations, Lue was part of a formidable coaching staff. The Rockets operate similarly to a football team in terms of specialization and responsibilities and Gunning, Turner, Lucas, and Brase make up an assistant coaching unit that is a bit underrated. Lue has won and connected with LeBron. It also depends on the pieces put around, but he’s experienced enough to do the same with Harden and Westbrook, should he be the one to win the job. Lue’s best tactical work was done in the postseason, an area where the Rockets have come up short four times in a row during D’Antoni’s time here. In an interview, his best selling strategy will be the star names he’s worked with: Lebron, Kyrie Irving, Paul George, Kawhi Leonard. It doesn’t get much better than that.
6 days ago – via Kelly Iko @ The Athletic

In the postgame locker room Tuesday night, George was preaching to teammates to remain committed, for all the players to return to the team this offseason and stay ready to make another run. It was met by some eye rolls and bewilderment, sources said, because George did not back up his words with action in the series and the team has multiple free agents with decisions to make. George scored 10 points on 4 of 16 shooting and 2 of 11 from 3-point range in the Game 7 defeat. “We can only get better the longer we stay together and the more we’re around each other,” George said after the game. “I think that’s really the tale of the tape of this season. We just didn’t have enough time together.”
1 week ago – via Shams Charania @ The Athletic 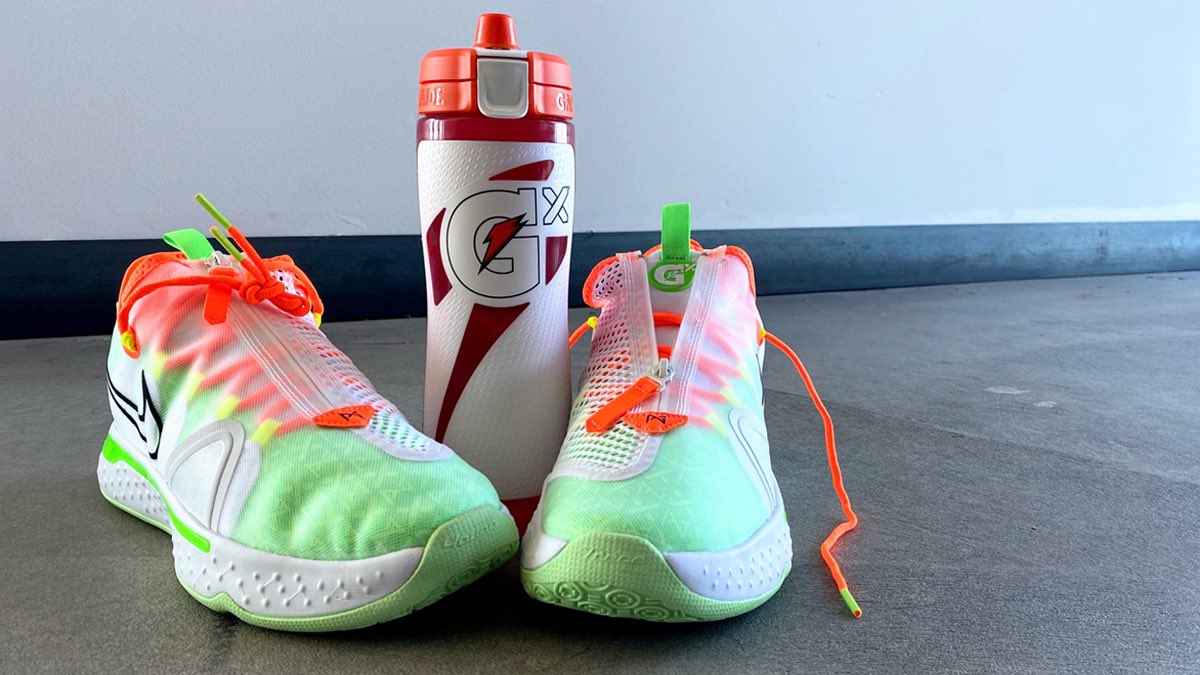 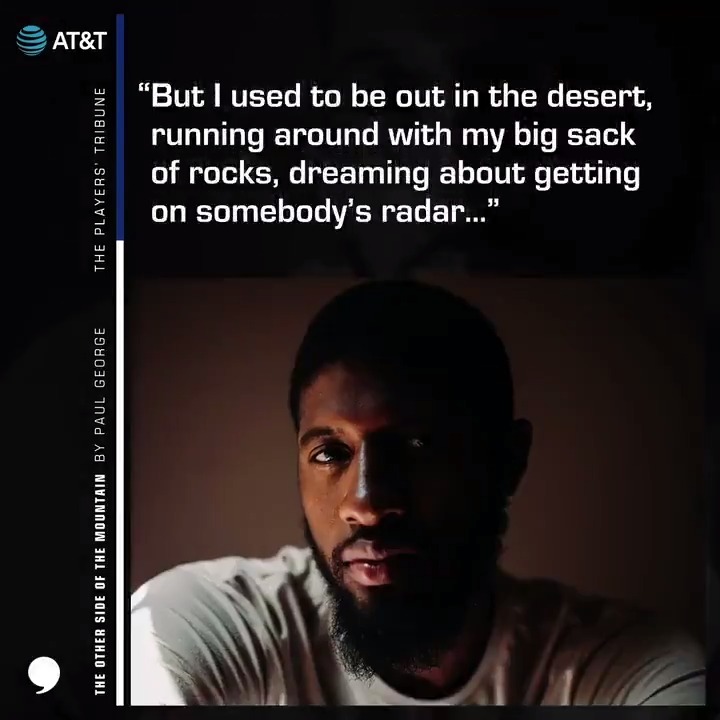 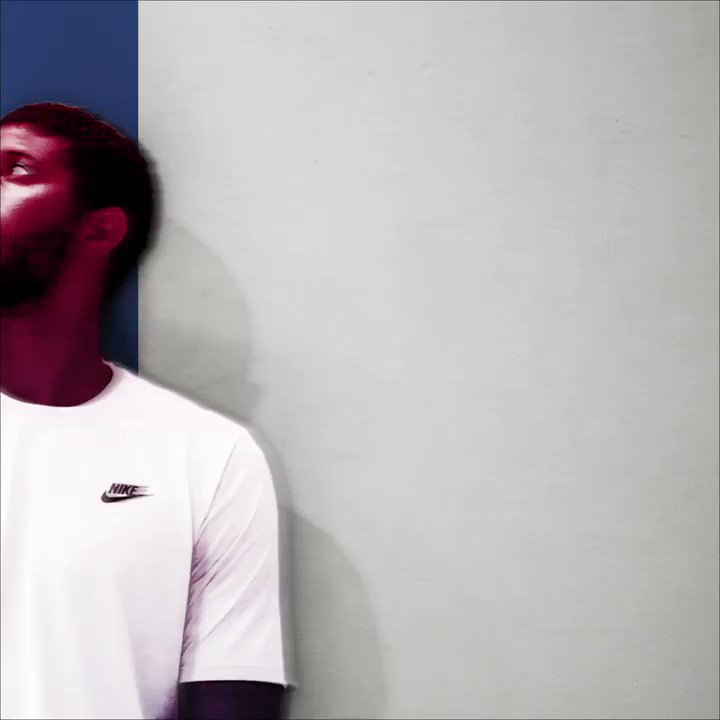 After a scoring spike (15.7 to 23.4) in his third season, Tatum’s offensive game drew the most attention, but he also turned the corner as a defensive stopper on the wing. Tatum finished sixth overall in defensive win shares (3.7) and 18th overall in defensive rating (105.6). “He’s a two-way player who’s better than Paul George,” a Western Conferenceexecutive told HoopsHype. “He can get to the basket, shoot three-pointers off the dribble, and he guards the best perimeter player.” The ceiling remains high for Tatum looking ahead as a rebounder and passer too. He’s increased his rebounding by one board per game through each of his first three seasons and nearly doubled his assists from his rookie season (1.6 to 3.0).
1 week ago – via Michael Scotto @ HoopsHype

share
tweet
send
sms
email
Michael Singer: Michael Malone credits the job Jerami Grant has done on defense all postseason. He checked Donovan Mitchell, Kawhi Leonard, Paul George “and then as a door prize for making the Western Conference Finals, he gets LeBron.”
1 week ago – via Twitter msinger

Tonal — a digitally connected strength machine that is seen by many as Peloton’s main rival — announced Thursday a fresh $110 million capital infusion from a range of investors — both new and old. Some of Tonal’s newest backers are a who’s who of the sports world: Stephen Curry (NBA), Paul George (NBA), Bobby Wagner (NFL) and Michelle Wie (golf). These sports stars join several other prominent sports names invested in Tonal, including Serena Williams (tennis), Klay Thompson (NBA) and Tony Gonzalez
2 weeks ago – via Brian Sozzi @ Yahoo! Finance

The rapport simply wasn’t there for the Clippers, and it certainly wasn’t there in Game 2 when Montrezl Harrell and George got into a heated verbal exchange during a timeout, league sources told Yahoo Sports.
2 weeks ago – via Chris Haynes @ Yahoo! Sports

Storyline: Los Angeles Clippers Turmoil?
share
tweet
send
sms
email
Harrell approached his teammate about the risky pass, with George not taking responsibility and arguing the pass could have been caught had Harrell made the right play, sources said. This set off the NBA Sixth Man of the Year. Harrell responded with something along the lines of, “You’re always right. Nobody can tell you nothing,” and expletives were uttered from both players, sources said. George eventually toned down his rhetoric, but a heated Harrell wasn’t having it. Teammates began clapping on the sideline, in part to disguise what was going on and in an attempt to defuse the situation. The incident deescalated shortly after as coach Doc Rivers took his seat to go over the game plan.
2 weeks ago – via Chris Haynes @ Yahoo! Sports

share
tweet
send
sms
email
The rapport simply wasn’t there for the Clippers, and it certainly wasn’t there in Game 2 when Montrezl Harrell and George got into a heated verbal exchange during a timeout, league sources told Yahoo Sports. Early in the second quarter, a struggling George had committed two careless turnovers in less than a minute. The second mishap was a half-court pass to Harrell, who was near the paint but surrounded by Murray and Michael Porter Jr. Murray picked off the pass. Seconds later, the Clippers called a timeout.
2 weeks ago – via Chris Haynes @ Yahoo! Sports