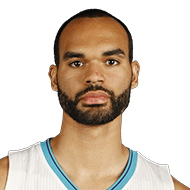 The Jazz will host a minicamp tomorrow and Thursday. Some interesting names on the list including recent first-round pick Justin Patton and the AGELESS Perry Ellis pic.twitter.com/yyPUdN2l61

share
tweet
send
sms
email
Former Sydney Kings forward Perry Ellis will be suiting up alongside another NBL star in Travis Trice for the upcoming 2018 NBA Summer League in Las Vegas. The Kansas City Star reported earlier today that the University of Kansas college star would be joining the Milwaukee Bucks this off-season following a stint in Italy with Pallacanestro Cantu. Ellis was a standout during the 2017 Summer League as a member of the Charlotte Hornets before committing to Sydney. In 27 games for the Kings, Ellis averaged 14.8 points and 5.7 rebounds on 44.7% shooting from beyond the arc as one of the brighter spots in a tough season for Sydney.
4 years ago – via NBL.com.au