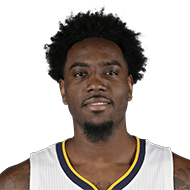 After spending $7 million to fund a health clinic for uninsured patients in his native North Carolina, NBA legend Michael Jordan is now opening up about the latest stage of his life, his philanthropic efforts, paying college players, his support of activist athletes, and his newest nickname, ‘Grandpa Mike.’ ‘Actually it’s fun because I can actually hold him and play with him and I’m having fun watching him,’ Jordan, 56, told NBC’s Today about his first grandchild, infant Rakeem Michael Christmas. ‘It’s actually beautiful.’ Rakeem is the son of Jordan’s only daughter, Jasmine, and Rakeem Christmas, a former star player at Syracuse who went on to have a brief NBA career and now plays overseas.
3 years ago – via Alex Raskin Sports News Editor For Dailymail.com @ Daily Mail

share
tweet
send
sms
email
Former Syracuse big man Rakeem Christmas always has a reason to feel festive but today’s probably extra special. He’s now engaged to Jasmine Jordan, the daughter of Michael Jordan. We repeat, Michael Jordan will be his father-in-law. A very unique situation. Good luck winning board games, ping-pong, or really anything that involves competition. On the bright side, Christmas will always have a guy who will take him up on some action. A mixed bag.
4 years ago – via The Big Lead

Galatasaray GM said that the club has parted ways with Rakeem Christmas. The Turkish powerhouse is on the market for a big man to sign in the next week.
5 years ago – via Sportando

The Indiana Pacers announced Friday they have waived forward Rakeem Christmas.
5 years ago – via NBA.com

Rakeem Christmas: The journey continues...
5 years ago – via Twitter R_Xmas25

The Pacers plan to waive Rakeem Christmas by 5:00 pm Thursday, league sources told VigilantSports.com. Originally, Christmas’ salary for the 2017-18 season ($1.1 million) became guaranteed if he was not waived by July 1. However, sources said Christmas agreed to move it back to July 6, to the end of the Orlando Summer League.
5 years ago – via Vigilant Sports

Through two (of five) games, Rakeem Christmas has not yet played due to a sprained left ankle sustained in practice on Thursday. He’s with the team in Orlando, but coach Popeye Jones has kept him off of the court.
5 years ago – via Vigilant Sports