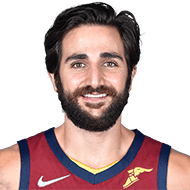 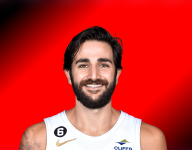 Cavs not going to rush Ricky Rubio back

This week is the 11-month mark since Ricky Rubio suffered the damaging injury, which led to him being flipped for Caris LeVert at last season’s trade deadline. If Rubio, who rejoined Cleveland as a free agent this offseason, is attempting to come back about a year removed from surgery, that would mean returning around late December or early January. Sources say the Cavs are not going to rush him back. They understand the stark difference between workout shape and game shape and want to make sure he’s fully ready before his first NBA appearance since last year.
2 days ago – via Chris Fedor @ Cleveland Plain Dealer

share
tweet
send
sms
email
While the on-court workouts — after practice and shootaround, and before games — are an encouraging sign of progress, they also show how much further Rubio needs to go before debuting. “We have not put a specific date, but he is continuing to take steps,” Cavs coach J.B. Bickerstaff said ahead of Monday’s 100-88 loss to the Raptors. “He has a doctor’s appointment coming up soon to see how everything is healing and where he is at from that standpoint.”
2 days ago – via Chris Fedor @ Cleveland Plain Dealer

Ricky Rubio: On a professional level I have had and still have a great team by my side, especially a physical therapist since the first day I got injured who has been at my disposal, another physical trainer, the coach, friends too… they are people to whom I am very grateful. Because I know I wouldn’t have done this on my own. Thanks to his motivation, his dedication and great work I am at this moment, a great moment, because I already see the light at the end of the tunnel.
3 weeks ago – via Josep González @ Sport.es