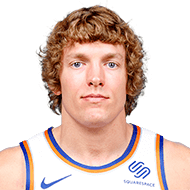 Former NBA and Turkish Airlines EuroLeague guard, Ron Baker has been named as a project manager in Ascension Via Christi’s Strategy and Business Development department. Baker, 28, appeared in 96 NBA games between the New York Knicks and Washington Wizards, and last played in 2019-20 as a member of CSKA Moscow. His playing career came to an early end at 28 due to injuries.
9 months ago – via EuroHoops.net

share
tweet
send
sms
email
CSKA Moscow and Ron Baker parted ways, the Russian Turkish Airlines EuroLeague and VTB United League club announced. Per CSKA: “The Army Team stage of Ron Baker’s career is over. Ron wore the red and blue colors with pride, we appreciate his contribution to our team’s victories and we wish him best of luck on the next step of his career. Baker joined CSKA last summer after three seasons in the NBA. The American played for our team in EuroLeague games only. He averaged 2.6 points, 0.9 rebounds, 0.9 assists, 0.6 steals in 11.1 minutes in 27 games.”
2 years ago – via EuroHoops.net 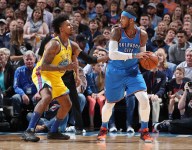