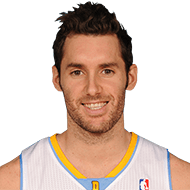 Spain remains undefeated in preparation ahead of Tokyo’s Olympics and took down the French NT 86-77 in a friendly game in Malaga, Spain on Thursday. Ricky Rubio paced Sergio Scariolo’s selection with 16 points, 4 assists, Sergio Rodriguez posted 14 points while Rudy Fernandez and Alberto Abalde had 11 points each.
5 months ago – via EuroHoops.net

Real Madrid veteran swingman Rudy Fernandez said that he definitely thinks his team can play, and compete, in the NBA. “Real Madrid can compete in the NBA, for sure. We beat Oklahoma, it was preseason for them, they were starting, traveling, etc. It has nothing to do with the regular season, but we are a great competitive team,” Fernandez said in an interview with Spanish DAZN TV. He was referring to a 2016-2017 preseason win of Real over the Oklahoma City Thunder in an exhibition game that was held in Madrid.
1 year ago – via EuroHoops.net

share
tweet
send
sms
email
Former Real Madrid and current Charlotte Hornets center Willy Hernangomez stated that “Real Madrid is an NBA level team,” in an online edition of the Luis de Carlos Forum. Hernangomez played for Real’s senior team in 2015-2016 before moving to the NBA by signing with the New York Knicks.
1 year ago – via EuroHoops.net

share
tweet
send
sms
email
At first, the move from his home city was “more emotional than I expected,” says Gasol, who quickly fell in love with Girona, its people and its culture. Coming from bustling Barcelona, Gasol liked the change of pace. The food is good and the city is packed with Medieval history, with cobblestone streets lining the rivers running through its center. (Game of Thrones shot parts of its sixth season there.) In his debut season, Gasol helped the team finish fifth in the league and it won the ULEB Cup, a continental tournament now known as the EuroCup, in one of the biggest sports moments in the city’s history. In his second year, Gasol averaged 16.6 points, 8.4 rebounds and 1.8 blocks, making 65.2 percent of his shots and winning Liga ACB player of the week 11 times. CB Girona again reached the EuroCup finals (but lost) and placed seventh in the league, and Gasol claimed the Liga ACB’s MVP award, beating out the likes of Ricky Rubio and Rudy Fernandez.
2 years ago – via Jeff Greer @ The Athletic

Russia put on a strong third quarter against Spain and recorded a convincing 74-55 win in the last prep game for the two teams in front of the 2019 FIBA World Cup in China. […] Despite the loss, Spain’s Willy Hernangomez stole the spotlight with game-high 26 points while his brother Juancho Hernangomez helped with 12 points. Marc Gasol didn’t play due to stomach problems while Rudy Fernandez rested.
2 years ago – via EuroHoops.net

Spain have announced a star-laden squad for the FIBA Basketball World Cup, one that has plenty of NBA players and also several standouts from their European Qualifiers campaign. Recently crowned NBA champion Marc Gasol of the Toronto Raptors, along with Ricky Rubio (Phoenix Suns) and the Hernangomez brothers, Willy (Charlotte Hornets) and Juancho (Denver Nuggets), are on the 16-man list. A couple of other former NBA players, Rudy Fernandez and Victor Claver, are included as well.
2 years ago – via FIBA