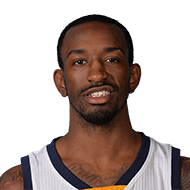 Emiliano Carchia: Russ Smith is considering an offer in Europe and China and will decide his next step in the coming days, a source told @Emiliano Carchia
2 years ago – via Twitter Sportando 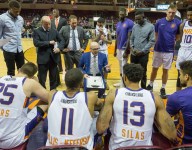 Life in the G League: Where everyone is fighting for an NBA gig 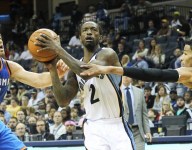 Before he was a champion with Louisville, he was a high-school star. As a junior, he led the New York City Catholic League in scoring and was named to the New York State Sportswriters Association’s All-State team in 2009. There are some obvious parallels between the 26-year-old and the Ball brothers. Smith told HoopsHype that he has nothing but love for the family and LaVar Ball reminds him of his father. “I can only respect how they are going to figure their lives out. The kids live a tremendous life,” said Smith. “[It’s] a life a lot of the population would wish to trade for. Shout out to Big Baller Brand and big ups to LaVar Ball.”
5 years ago – via HoopsHype 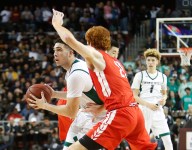 For as much success as Smith has had this summer in China, however, there’s still the nagging itch he has about not being in the NBA. Sure, Smith has had stints in the league. After being drafted by the Philadelphia 76ers in 2014, Smith managed to appear on an NBA court 27 times from 2014-16, most notably with the Memphis Grizzlies. Despite his fleeting time spent in the league, Smith feels like he never got a fair shake in terms of being able to contribute what he does best on the basketball court: Score the ball. “There’s point guards and guards in the league that can’t create shots for others, and they need a ball-screen,” Smith said. “Or that they can’t push the ball, they’re not fast enough. And it sucks because I feel like I’m all of those things, but they’d rather have those guys because they’re easier to manage.”
5 years ago – via Basketball Insiders