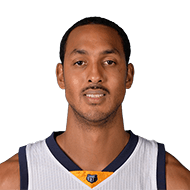 Position: -
Born: 10/10/84
Height: 7-0 / 2.13
Weight:240 lbs. / 108.9 kg.
Earnings: $13,254,914 ($17,609,077*)
0 share
share
tweet
pin
sms
send
email
Hollins recently sat down with NBC LA reporter Michael J. Duarte and Nitecast Media radio host Nick Hamilton on the “BLEAV in Lakers Podcast” on the BLEAV Podcast Network. According to Hollins, Kobe’s “mamba mentality” not only made him a legend, but one of the greatest villains of all time when it came to his opponents. In fact, Bryant was so intimidating that players on the opposite team would call out sick when they knew they had to face Kobe head-to-head. “Kobe in his heyday had this villainous bad-boy presence,” recalled Hollins. “I’ve seen teammates call out sick, and not want to show up for the game. He wouldn’t talk to you. Before the jump ball, he would walk past your bench and have the craziest stare on his face that read: ‘It’s on!’ He went into every NBA match with this killer mentality. He would get you before he even got you. We hadn’t even jumped the ball yet and you were thinking about Kobe Bryant. He was an absolute dog. Kobe was on another level.”
2 years ago – via NBC Southern California @ NBC Los Angeles

share
tweet
send
sms
email
“To get Kobe’s respect was darn near impossible,” said Hollins. “We could count on one hand the number of teammates that Kobe respected. Trevor Ariza was a guy who Kobe respected. Ronny Turiaf, Lamar Odom, Pau…I remember one time I was on the Clippers and Kobe spun off Matt Barnes and went to the hole. I get over early, I slide over two feet and get my hands straight in the air perfectly, and I go to stop Kobe. Kobe jumps into me, throws the ball up, and the referee calls a foul on me. I was in perfect position. Mamba comes down after the foul is called and gives me a slap on the butt as if to say, ‘good job kid, you were there, but I’m Kobe.’ That was a big moment and I was happy.”
2 years ago – via NBC Southern California @ NBC Los Angeles

share
tweet
send
sms
email
“LeBron does not have the dominance of Michael Jordan. Six rings. Six championships. Has not lost in his era. We don’t even think of any other stars in his era. He owned an entire decade of basketball,” said Hollins of Jordan. “So when I say that LeBron is the greatest player that ever played, I believe that is something that he grew into. I believe he got to a point where he surpassed Michael because of the way the NBA is played. “LeBron plays in an era in which five guys have to work in synergy or four guys around one player, in which that player has to make everyone better. The difference that I see between Michael, who is the greatest scorer, and LeBron, who is the better player in my mind, is how LeBron can both score and share the basketball and make guys play above their level. That’s where I give the difference in that Michael was more dominant, but LeBron is the better player because of his passing ability.”
2 years ago – via NBC Southern California @ NBC Los Angeles

Ryan Hollins: “LeBron can’t cast a shadow, he [Irving] has a lot of maturing to do as we all have. You gotta think these 23, 24, 25, 26 year old guys casting a big spot so, to be honest I looked at the content and the intentions behind your heart. Who you are versus trying to stunt on somebody because you’re 25 years old and you don’t know any better. But I think the way those two butted heads kind of left a bad imprint on Kyrie. It was bad business. It was some things that LeBron did. You know, Kyrie learned some poor leadership from LeBron and some of the stuff he did and I think Kyrie tried to come into his own in a different way. But very smart, very intelligent you know, really soft-spoken and trying to find out how to be a leader.
2 years ago – via Brandon 'Scoop B' Robinson, Brandon 'Scoop B' Robinson @ Heavy.com

share
tweet
send
sms
email
Ryan Hollins: “I don’t think Kyrie is a natural leader. You know some guys that are like — you see the 7 or 8 year old in the AAU game where he’s putting all the kids in the right spot, and he’s thinking of everybody…that’s NOT Kyrie. I think that’s something that he’s trying to grow and learn and do, and I think he’s handled a couple of situations wrong. I don’t think he’s lied about anything except about the world is flat when he was jokingly, but I think speaking out in the media; that’s a tightrope of a situation when you talk about your teammates. So I think some of those things he’ll admit that he wants to reel back.”
2 years ago – via Brandon 'Scoop B' Robinson, Brandon 'Scoop B' Robinson @ Heavy.com

share
tweet
send
sms
email
“Kyrie is a great dude,” Ryan Hollins told me on this week’s episode of the Scoop B Radio Podcast. “Humble, down to earth, cool…if anything like — you know what’s funny, like of all the guys that were in the team, he hung out with Luke Harangody the most. And Like was a Notre Dame guy and some type of ACC connection was there. Like, Kyrie is not big on going with the norm or trying to be cool or popular. He doesn’t mind being outside the box. Cool down to earth. Great dude man.”
2 years ago – via Brandon 'Scoop B' Robinson, Brandon 'Scoop B' Robinson @ Heavy.com