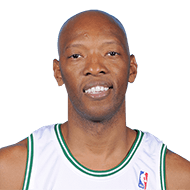 Shams Charania: The NBA has fined LeBron James $15,000 for his Sam Cassell celebration on a clutch 3-pointer in Lakers’ win over Indiana.
1 week ago – via Twitter ShamsCharania

share
tweet
send
sms
email
Shams Charania: LeBron James was also warned by the NBA for using profane language during media availability in response to his one-game suspension.
1 week ago – via Twitter ShamsCharania 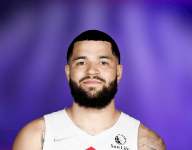 Lauren Rosen: Doc Rivers says @Tyrese Maxey – who never takes days off – had a dark day yesterday, but was itching to get back in the gym today: “Of course he was in there at probably about 7 this morning.” “Tyrese told Sam (Cassell) he was tired for the first time in his life.”
4 weeks ago – via Twitter LaurenMRosen

As a rookie, Cassell was called-up to play for the Rockets in most of the pre-season games. The young Cassell was so hyped up heading into his maiden NBA experience only to get baffled by Olajuwon’s poor pre-season showing. “In my rookie year, we go 0-7 in the preseason,” Cassell said on Point God with Baron Davis. “We lose by 40 to GP [Gary Payton] and Seattle [Supersonics]. I remember calling my boy and saying, man, Hakeem Olajuwon, sorry as s–t. He was 3-12 and only got 3 rebounds in 15 minutes. He got 3 rebounds, not knowing veterans didn’t take preseason serious[ly], they used the preseason to get in shape. [Because] Back then, the preseason was a full month.”
2 months ago – via John Tan @ Clutch Points

share
tweet
send
sms
email
According to the three-time NBA champ, “The Dream” went off right in the Rockets’ opening game of the regular season. “Opening night comes, we play the Golden State Warriors; Hakeem Olajuwon is out there handling his business!,” he recalled. “I’m sitting back, saying, where did this come from? Why didn’t he do this in the pre-season? I mean he gave those boys the business. He comes out of the game, I say ‘way to work Dream.’ He says, ‘Son, preseason don’t count, the popcorn is popping now. Pre-season stat sheets?, they don’t send to New York, these stats sheets, they send to New York.’ He put on a show. He had like 37 and 15 in 3 quarters.”
2 months ago – via John Tan @ Clutch Points