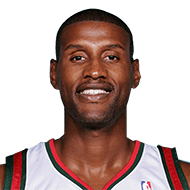 share
tweet
send
sms
email
It’s one thing as a general manager to look in the mirror and know that taking Allen Iverson or Marcus Camby or Shareef Abdur-Rahim or Stephon Marbury or Ray Allen or Antoine Walker with one of the first six picks of the ’96 draft was the right basketball call at the time. They all made the ’96-’97 All-Rookie Team (1st or 2nd) and there were two bona fide Hall of Famers (Iverson and Allen) several all-stars (Abdur-Rahim, Marbury and Walker) and Camby was a 4x All-Defensive Team player.
6 months ago – via Jon Finkel @ basketballnews.com

Former L.A. Lakers player Samaki Walker is adamant he did NOT attack his girlfriend in a motel parking lot last week … though his accuser says Walker was violent and is lying through his teeth. Here’s what we know … both Walker and his accuser Unique Allen (who gave us permission to use her name) had an altercation at a motel in Encino, CA early Thursday morning. Allen tells TMZ Sports … the argument (which started in their room) moved to the parking lot — but when the two got inside Samaki’s Range Rover, he struck her several times in the jaw and arm.
6 years ago – via TMZ.com

Back in 2002, a story was sort of swept under the rug involving the Los Angeles Lakers. There was an altercation between Kobe Bryant and teammate Samaki Walker that left Walker with a black eye. In an age before Twitter and social media, those types of stories just weren’t as big as they are now, especially when it involved just one star instead of two stars like the Kobe and Shaquille O’Neal feud. While appearing on CBS Radio’s Brown and Scoop Podcast, Samaki Walker told the story of that incident. He claims Kobe sucker punched him over a $100 bet. It happened on a bus to a team shootaround and Phil Jackson even stopped the driver at the request of Walker. You can listen to Walker tell that story in the audio player below (story comes in around the 7:15 mark and there are expletives).
6 years ago – via CBSSports.com

Walker left in June 2011 as the only N.B.A. player to have graced the courts in Syria, where he said he scored “at least” 16 points in his final game in the Syrian basketball league, a few weeks before he returned to Los Angeles. It was the championship final against Al Geish (“The Army”) from Damascus. “I remember it being a collective team effort, we had some guys who really stepped up that game,” Walker said, with nostalgia in his voice. “The other team did a really good job of doubling on me and there were guys on my team who understood that it wasn’t just the Samaki Walker show.”
6 years ago – via Vanity Fair

share
tweet
send
sms
email
In early 2012, Madanly said al-Nusra kidnapped his brother for 10 days, demanding a ransom while Madanly worried anxiously in Manila, where he ended up playing in the competitive local league. Other Al Jalaa teammates have also fled, to Canada, Denmark, Lebanon, and Turkey. Walker, whose first name means “fish” in Swahili, is pained by the horrors of the conflict but feels he has a responsibility to bear witness to the splendor of the now ravaged country and its dispossessed people. Still, he maintains a low-key affect about his experience. “Who am I?” he said. “I am just a guy who played basketball in Syria.”
6 years ago – via Vanity Fair