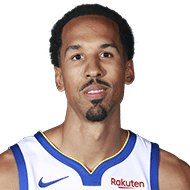 Connor Letourneau: Shaun Livingston, who went to the NBA straight from high school, on being at Harvard: “For me to be back on (campus), I was super, super, super nervous. More than being in the Finals.”
2 weeks ago – via Twitter Con_Chron

Wes Goldberg: Shaun Livingston says he has long thought about joining an NBA front office: “I always thought I would have a good feel in the basketball office.”
2 weeks ago – via Twitter wcgoldberg

share
tweet
send
sms
email
Connor Letourneau: Shaun Livingston said he took a course at Harvard on the business of sports. “It was a really good course,” Livingston said. “I wanted to take another class with Zaza (Pachulia), but he kind of pump-faked on me.”
2 weeks ago – via Twitter Con_Chron

share
tweet
send
sms
email
Wes Goldberg: Shaun Livingston on the Warriors’ championship window: “It’s hard to say. Depends on a lot of factors. Health. … I can definitely see (being a championship contender) within a 3 to 5 year window, it’s still open.”
2 weeks ago – via Twitter wcgoldberg

Marcus Thompson: Why the next phase for Shaun Livingston — the Warriors’ front office — feels like a calling. Steve Kerr: Today was a good day.
2 weeks ago – via Twitter SteveKerr

Unselfishness has always been what set him apart. His core motivation, a drive heightened by the end of his NBA career, is to help people. Livingston believes that is best accomplished by action. Words have the most meaning when girded in care. “I want to serve people,” Livingston said in a recent phone interview. “I want to help others. That’s what I get the most joy out of. So whether it’s at the boys club, you know, Salvation Army — whatever it is, it is going to be in service of other people.”
2 weeks ago – via Marcus Thompson II @ The Athletic

This rumor is part of a storyline: 168 more rumors
share
tweet
send
sms
email
This is the core of why Livingston has decided to join the Warriors’ front office. A year ago this month, he announced his retirement from the NBA after 14 seasons. He was waived by the Warriors in July 2019 and spent two months trying to find a new team and prolong his career. He would only play for the Warriors, Clippers or Kings, so he could be near his wife and daughters. Those teams all went in other directions last offseason. So Livingston conceded to the inevitable and retired, then retreated into solace. As the African proverb says, do something at its right time and peace will accompany it.
2 weeks ago – via Marcus Thompson II @ The Athletic

share
tweet
send
sms
email
Livingston — whose title is director, players affairs and engagement — will be the highest-ranking Black person in the Warriors’ front office since Mitch Richmond in 2008. Rod Higgins was general manager — and No. 2 in basketball operations under Chris Mullin — from 2004 to 2007, with Richmond as his assistant. When Higgins left to take Charlotte’s GM job in May 2007, Richmond was promoted to director of player personnel.
2 weeks ago – via Marcus Thompson II @ The Athletic